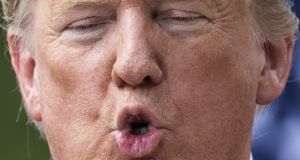 Liberal values are under attack everywhere. It is deeply unfashionable to admit any affection for old-fashioned liberalism. Somehow, the ideas of the classical liberal have been conflated with the neologism neo-liberal, itself a term that is often further ill defined to mean neoconservative. The contortions that have given rise to all of this are not just driven by a lazy use and abuse of language. They betray a deep ignorance of the history of ideas. And maybe just history.

One of the greatest liberal thinkers of all time was the economist John Maynard Keynes. To the extent that his ideas are known today they are always described in terms of his economics. But he was much more than the man who invented Keynesianism, the school of thought most associated with the idea that government has an important role to play in the management of the economy. Crude Keynesianism has it that activist fiscal policy – the decisions any government makes over taxes and spending – is the best way to avoid deep economic slumps. But Keynes was much more than a crude fiscalist.

The eminent philosopher Bertrand Russell, another great liberal, was at Cambridge at the same time as Keynes and described him as “the sharpest and clearest intellect” he had ever come across. Russell said that whenever he had debate with Keynes “I took my life in my hands and seldom emerged without feeling something of a fool”.

Keynes’s views are borrowed by left-wing thinkers – and are often rejected by conservatives who prefer to leave things to the market. Keynes was hardly a socialist, but his deep knowledge of history and excursions into philosophy saw him conclude that the fashion for worshipping market forces was “the worm that had been gnawing at the insides of modern civilisation”. He would understand how that worm had caused the recent financial crisis and its populist reaction. But, in keeping with the great traditions of liberalism, he also believed that socialism was “the turbid rubbish of the Red bookshop”.

Keynes never ignored the lessons of history. He would be appalled by the ignorance of many of today’s crop of global leaders. Shaken by the experience of world war and the Great Depression of the 1930s, he was to question his own understanding of the past and how the world works. “We were not aware that civilisation was a thin and precarious crust erected by the personality and the will of a very few and only maintained by rules and conventions skilfully put across and guilefully preserved.”

Donald Trump’s attacks on the liberal order occur almost daily – the EU, the WTO, Nato: anything, it seems, with an acronym is fair game. They are assaults on anyone who tries to think deeply about how things really work. The threats to what might well still be called the thin and precarious crust of civilisation, constructed with the help of Keynes and other liberals after the second World War, run many risks. Prosaically, the European Commission last week downgraded its forecasts for economic growth, citing the threats to world trade arising from Trump’s trade tariffs.

Parallels with the 1930s, the economic experience that caused Keynes to change his mind about lots of things, are easy to draw, socially, politically and economically. It is often said that the trade war unleashed back then by the US’s Smoot-Hawley’ tariffs were the prime cause of the Great Depression and, therefore, the second World War. That’s often criticised as a simplistic reading of history, but is nonetheless of contemporary relevance.

If ignorance of history is a dominant characteristic of too many of our leaders, so is their unwillingness to try and understand what motivates others. An obvious example is Brexit: the British government has, to its great cost, made little effort to empathise with what makes the EU tick.

There is one government that understands history, almost to the point of obsession. The role that world trade has played in the evolution of China over the past couple of centuries is prominent in the mind of today’s Chinese leaders. David Fickling, a Bloomberg columnist and Asia specialist, recently reminded us that Chinese Communist Party’s version of history puts trade, including the current trade war, front and centre of its thinking. China’s 19th-century version of the Boston Tea Party was the destruction of 1,000 tons of British opium.

The export of drugs to China by Britain was a mechanism of control – and a response to China’s then massive trade surplus. All of this triggered carnage. As Pilling says, just read Xi Jinping’s recent speech, made on the anniversary of Hong Kong’s handover, to realise just how much all of this resonates in the minds of today’s Chinese leaders.

Keynes would have understood the carnage that is now risked by Trump’s false diagnosis of the causes and consequences of China’s 21st-century trade surplus. The current trade war might only cause a dip in growth. But Keynes would say it does need to stop, as do the wider attacks on liberalism, before things get out of hand.