Three Nobel winners prove economics is not such a dismal science 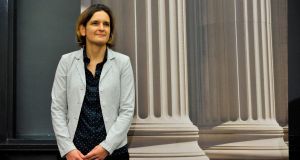 In 1847 the Scottish philosopher Thomas Carlyle referred to economics as the dismal science because of the opposition of economists to slavery. Economists, who seek by their research to build a better society, wear this title as a badge of honour.

On Monday, the winners of the Nobel Prize for economics were named, three people who have played an important role in developing policies to make the world a better place by raising living standards in developing countries.

For only the second time in 50 years a woman, Esther Duflo, won an economics Nobel, along with her husband Abhijit Banerjee and a third colleague, Harvard’s Michael Kremer. At 46, she is also the youngest ever winner of the award.

Very often working as a team, the trio have undertaken a wide range of influential research in developing economies across Africa and in India, with practical relevance to tackling poverty and its causes.

They have used controlled experiments where a test group, chosen at random, experiences a specific change, and they then carefully compare the results with a group that did not have access to the policy innovation.

Unlike those working in the physical sciences, economists cannot use laboratory experiments to identify what works and what doesn’t; they must use real-life situations. When done carefully, this can show what types of policy work and what ones are less successful.

In 2017, Duflo set out her approach to economic research in a paper entitled The Economist as Plumber.

In it, she argued that economists should not just help design good policies but that they must also get involved in the messy details of how policies work with real people. It’s about finding out why some things work well and some don’t. She also emphasises the importance of considering the likely behaviour of those administering a scheme, as well as of potential users.

One experiment the team carried out in Morocco considered the roll-out of piped water and sewerage to poor households. Households had to pay for a connection to the system with the help of a heavily-subsidised loan. However, fewer than 10 per cent of poor households availed of the connection.

Duflo and her colleagues then carried out an experiment where the officials handling the paperwork went out to help some households to fill it in, while others still had to go to the council offices.

The result of making it easy to apply was that take-up rose to almost 70 per cent. This research showed that bureaucracy, not the cost, was the chief obstacle to poor households connecting to the water supply.

In another study in Kenya, the team found that while poor families would spend a lot of money on medical treatment for sick children, they would not spend even a small amount of money on preventive medicine that could greatly enhance school attendance. In this case the appropriate policy response was to provide free treatment.

Another experiment in India showed that neither more textbooks nor free school meals made any difference to learning outcomes. If the textbooks had any positive effect, it only applied to the very best pupils. Instead, the biggest problem was that teaching was not sufficiently adapted to the pupils’ needs. Another important study looked at what worked to reduce absenteeism among school teachers.

These studies have strong underpinnings in economic theory. So apart from influencing particular policy choices that benefit people living in poor places, the experimental methods pioneered by the Nobel winners have been hugely influential on the work of other economists, including Trinity College’s Centre for Development Studies.

Duflo grew up in France and, in an interview in the Financial Times in 2012, she said “part of me always wanted to do something useful for the world. It came from my mother” who worked with an NGO for the child victims of war.

I remember her contribution at a seminar in Trinity some years ago, on research which had found that Americans spend less time cooking than Europeans. The authors had argued this was because the cost of eating out was cheaper in the US and that price was the main determinant.

However, with her feet firmly planted in the real world, Duflo said that the reason she did not eat out much was because she preferred home cooking. Our tastes and preferences influence our behaviour, not just the economics.