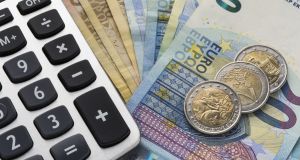 The data does not account for the varying level of services provided by the State in different countries in areas such as health and childcare. Photograph: iStock

Irish households have one of the lowest burdens from income and indirect taxes in the EU, according to new data from Eurostat, the EU statistical agency.

The figures show that the tax burden is the third lowest of 28 EU countries when measured as part of a new experimental series drawing on a range of data sources.

Eurostat estimates that 20.3 per cent of the gross disposable income of Irish households went to pay taxes on income – so-called direct taxes – and indirect taxes such as VAT and excise duties in 2015. While there was no EU average calculated, only the Czech Republic and Cyprus were estimated to have lower rates, while in many of the big countries – Spain, the UK and France, these taxes took about 27 per cent of income. In Scandinavia taxes are typically higher and the data estimates a 30.8 per cent tax take in Finland and 36 per cent in Sweden.

The data relates to 2015 and to calculate it Eurostat used separate Central Statistics Office figures on household income and spending patterns and similar surveys across the European Union. While previous figures show that the tax burden here as a percentage of gross domestic product (GDP) was low by international standards, the distortion of Irish GDP by the activities of multinationals has meant this is a poor indicator.

The new data, by looking at income and indirect taxes as a percentage of disposable income, eliminates this problem. However it does not account for the varying level of services provided by the State in different countries in areas such as health and childcare, which can also be significant. Households also face other taxes in areas such as property and local charges.

The Eurostat figures show that the burden of income and indirect taxes is particularly low here on lower earners. This is in line with separate Organisation of Economic Co-operation and Development data in relation to income tax – and largely relates to the earnings levels at which people enter the income tax net in the Republic. For the bottom 20 per cent of earners, Eurostat calculates that the tax burden in Ireland is 12.1 per cent, compared to 22 per cent in France, 24 per cent in the UK and 37 per cent in Sweden.

For middle earners the tax take here is also generally lower, but for the top 20 per cent the take from disposable income at 33.4 per cent is closer to many other countries. For example the take from the richest 20 per cent in the UK is 33.5 per cent, in France it is 30.3 per cent and in Germany 38.3 per cent.