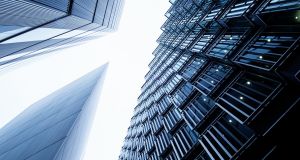 Confusion about the new 6 per cent rate of stamp duty on commercial property transactions was the single biggest issue for readers in Wednesday’s Live Budget 2018 Q&A.

The Minister for Finance’s new electric-vehicle regime, new welfare rates and promised new share-option scheme also featured prominently among questions answered by a team from The Irish Times and PwC.

The decision to triple commercial stamp duty – Paschal Donohoe’s major fundraising initiative, due to raise a projected €376 million – left readers scratching their heads. Although the Dáil voted on Tuesday night to approve the measure, the Minister has yet to disclose how the scheme will work.

Readers wanted to know precisely which transactions would be covered by the new higher rate, when it would kick in and, most particularly, what would happen to deals that were already in the pipeline or recently signed but not yet closed.

Mr Donohoe confirmed overnight that there would be transition arrangements to cover ongoing transactions, but he released no other details. The Department of Finance says these are likely to appear in the Finance Bill, which will be published on Thursday next, October 19th.

The Bill should also clarify which transactions fall under the new rate. The Minister said that duty will be refunded where land is sold for residential property development, so long as purchasers meet certain conditions, notably that development must begin within 30 months. Whether that means actual construction or simply the submission of plans remains unclear.

The Q&A highlighted interest in the proposed new key-employee engagement programme, or Keep, which is designed to help small and medium-sized business attract or hold on to key employees by offering them a stake in the business. Current tax rules make that unattractive, but, again, business owners will have to wait until the Finance Bill to see the precise shape and scope of the scheme.

The Minister announced a 0 per cent benefit-in-kind rate for drivers of electric vehicles, but this is only a one-year measure. It is hard to see motorists justifying the extra price of an electric car without more clarity for the longer term, but the best the Minister could offer was a full review of BIK incentives on vehicles. Many readers were hoping the new 0 per cent rate would also apply to hybrid vehicles. Unfortunately, it does not.

Others to be disappointed were landlords and those hoping to benefit from more generous inheritance-tax thresholds.

Despite widespread expectation that the budget would help landlords as the rental crisis escalates, particularly in Dublin, the Minister was silent. So no accelerated mortgage-interest relief for landlords and no offset of local property tax. Unless Mr Donohoe decides to slip some relief into the Finance Bill, landlords will have to wait until next year.

The same goes for inheritance. The Government raised the category-A threshold, which applies to gifts and inheritances passing from parents to children, last year to €310,000 and committed to bringing it up to €500,000 over the coming years. Readers had been hoping for some move this year, but that was not forthcoming.

As usual there was strong reader interest in welfare rates, especially in relation to qualified dependents and children. The Minister applied a €5 increase across the full range of reliefs, and raised the payments for dependents.

The Government’s very modest childcare package, prescription charges, and the lack of any measures targeting students or expatriates exercised some readers; a significant number just wanted to get a fix on how the new rates for universal social charge and the higher threshold for the higher-rate tax band would target them.

Next week’s Finance Bill may fill in some of the blanks from the Minister’s speech or allow him to respond to disquiet in certain areas with additional measures. We’ll have to wait and see.

If you’re still unsure how Budget 2018 will affect you, you can email our weekly Q&A column, via dcoyle@irishtimes.com