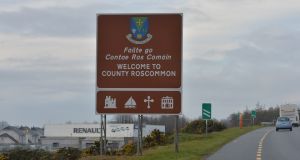 Roscommon County Council was found to have underdeclared VAT by more than €340,000 after an audit. Photograph: Alan Betson

Roscommon County Council made a settlement of €456,000 with the Revenue Commissioners for the undeclaration of VAT, according to the latest tax defaulters list published on Tuesday, which detailed a total of €13 million of settlements with 65 taxpayers.

The list shows that the local authority for Roscommon was found to have underdeclared VAT by more than €340,000 after an audit. Its settlement also included almost €115,000 in penalties and interest.

The office of the council’s chief executive, Eugene Cummins, made no response to queries from The Irish Times about how an arm of local government could have ended up underdeclaring taxes to the State.

However, Ivan Connaughton, a Fianna Fáil councillor who is the chairperson of the council, said the situation arose as a result of a “clerical error” related to VAT on building contracts, and included one contract for a road that was constructed in the county.

“It was a clerical error. At our last council meeting we gave unanimous backing to the finance department. We received assurances that changes have been made to stop it from happening again.”

Mr Cummins’s office was asked if any council staff had been subject to disciplinary action as a result of the tax underpayment, especially seeing as it has cost the local authority an extra €115,000 in penalties. His office made no response.

It is understood, however, that some staff members had left the council in the wake of the discovery of the VAT underpayment.

Leaving aside a series of large settlements made by companies in the hospitality sector, the largest amount levied on an individual on the latest list was more than €1.8 million charged to Tullamore-based plasterer, Patrick Joseph Abbott. As of the end of September, none of the amount due – including almost €1 million in penalties and interest – had been repaid to the State.

Donegal-based R&J Hay, which owns the Emerald Guitars trading name, made a settlement for €134,000 in unpaid employment taxes and subsequent penalties. The company’s directors include local businessman Alistair Hay who has been making fibre glass guitars for more than 15 years.

David Stone, the owner of the Ashton dog pound in Dublin 15, is listed by Revenue as having paid a bill of more than €83,000 in undeclared income tax and penalties.

Three farmers who made sizeable settlements also feature on the latest Revenue list of defaulters. These include Slieverue, Kilkenny-based farmer Michael Vereker, who paid over €240,000 in taxes and penalties, and Jeremiah O’ Connor of Banteer, Cork, who is listed as a farmer and coal and tyre retailer. Mr O’Connor paid €340,000 to Revenue, the list shows. John Moore, of Rhode in Offaly, who is listed as a farmer and vet, paid €50,000.

The health charity Ataxia Ireland, which was previously the subject of an investigation by the Charities Regulatory Authority, was hit with a bill for €50,000 over unpaid employment taxes. The charity, which provided services for people disabled with Friedreich’s ataxia, ceased functioning earlier this year and transferred its activities to another entity.

A note posted on its website at the beginning of the summer said it had “no longer has the trust of its members or the wider public, and this makes fundraising impossible both currently and into the future”.