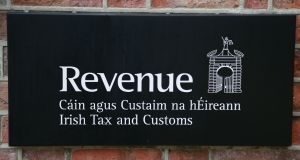 The largest single settlement made to Revenue was paid by the Westenra Arms Hotel in Monaghan, whose directors include the well-known GAA manager Seamus “Banty” McEnaney.

Companies linked to the food/drink and hospitality industries were prominent among those who made the largest settlements in the latest list of tax defaulters, published on Tuesday by the Revenue Commissioners.

The list to the end of September provides details of 65 taxpayers who have made settlements with the Revenue totalling almost €13 million.

The largest single settlement was paid by the Westenra Arms Hotel in Monaghan, whose directors include the well-known GAA manager Seamus “Banty” McEnaney. The hotel was hit with a bill for more than €2.5 million for the under declaration of PAYE, PRSI, Universal Social Charge and VAT. The settlement included almost €1 million in penalties.

Dublin Keg Distributors, a drinks distribution company owned by the Coman family of Rathgar publicans, made a settlement of more than €380,000. Their pub is not involved in the tax case.

Lahinch the 19th Limited, which previously operated a pub in the Clare seaside town, made a settlement of about €70,000 in VAT and corporation tax. The company went into liquidation about three years ago, and a final meeting of its creditors to wind it up was held in recent months.

Pat Hyland, the founder of the Dublin-based Pig & Heifer group of delicatessens, received a tax bill of about €75,000 for undeclared VAT, according to the Revenue list. Several Chinese restaurants also made settlements with Revenue, according to the list.

These included One Plus One Chinese Restaurant & Takeaway in New Ross for €130,000 including fines. Another restaurateur, Jinchang Yu, with a separate address in the same Wexford town, also made a settlement for €80,000.

Michael McGrath, a hostel owner from Galway, made a settlement of more than €700,000 for the under declaration of income tax, VAT and employment taxes.

Meanwhile, in the food sector, the Cork-based distribution company Independent Irish Health Foods, received a bill for €846,000 for underpaying employment taxes and VAT. The company is ultimately controlled by Kerry businessmen Henry Bartlett and Richard Wilkins.