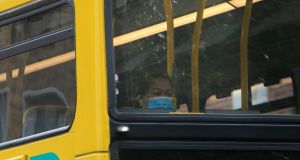 Irish people have undergone a “pandemic priority reset”, with 85 per cent claiming the things that are important to them have changed since the advent of Covid-19, according to research commissioned by Ulster Bank.

A survey of 1,050 adults found greater emphasis on both health and family connections, while there was a corresponding decline in the importance afforded to time spent working. The research was conducted for the bank in late May by the firm Empathy.

There was a split in the mood of respondents, tilted towards the negative, with 34 per cent saying they felt sadder since the restrictions were introduced, 16 per cent claiming they felt happier. And 50 per cent said they felt the same.

Some 70 per cent said they were worried about the future as a result of Covid-19, with more of this group concerned about their health and the health of their household than a recession.

“The survey says that while people are worried about health and the prospect of economic recession, they are also feeling somewhat hopeful about their future,” said Ulster Bank chief executive Jane Howard.

“Although we know that not everybody is feeling optimistic, it is heartening to see that people have tried to be more sustainable and focus more on their families, all while adjusting to huge changes in their lives.”

However, 39 per cent of people who can work from home don’t believe their employer will let them continue doing so.

Only 11 per cent would consider moving to another part of the State as a result of remote working, with broadband access cited as the main consideration.

As restrictions are eased, some 53 per cent said they were looking forward to seeing their family, while 50 per cent cited having a meal out. A trip to the hairdresser, barber or beautician was also keenly anticipated by 42 per cent, while 40 per cent were craving an overseas holiday.

These answers came out ahead of shopping for non-grocery items and going to the pub, to which 36 per cent and 31 per cent of people were looking forward respectively.