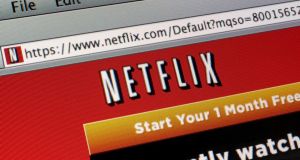 With millions of people watching the latest movie blockbusters and television box sets online, Britain’s statistics office has added video streaming services to the list of things it monitors for inflation.

The Office for National Statistics (ONS) said today it will add services like Netflix and Amazon Instant Video to the consumer price index (CPI), as part of a new category combining DVD rental and on-demand subscriptions.

Updates to the CPI basket every year are one gauge of changing tastes among British consumers.

Tablet computers, phone apps, dating agency fees and teenage fiction - such as the popular Twilight series - are some of the additions from recent years, replacing goods and services such as glass casserole dishes and developing photographic film.

Around a third of Britons have used on-demand video services as of 2013, according to Britain’s communications regulator, which includes free-to-use offerings from the BBC and other national broadcasters.

The ONS also said it had removed DVD recorders from the CPI basket because more people are catching up on their viewing online or with set-top boxes that record onto a hard disk.

Other additions to the CPI basket this year include digital cameras with interchangeable lenses, flavoured milk, mixer drinks, fruit snack pots and honey, as well as men’s clothing hire. But hardwood flooring will be removed, as spending on that has decreased in recent years.