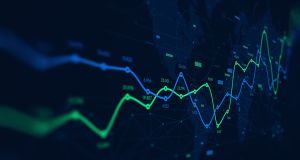 The auction secured demand for 4.9 times the amount of bills that were on offer. Photograph: iStock

The agency, which manages funding for the State, said the new so-called Treasury Bills that mature in five months were priced to yield investors minus 0.43 per cent, meaning that buyers of the notes are paying the government to hold their money for the period.

The auction secured demand 4.9 times the amount of bills that were on offer, which is the highest oversubscription level for Irish Treasury Bills since September 2014, according to data on the NTMA’s website.

Ireland has been selling Treasury Bills at a negative rate since late 2015, taking advantage of a low interest rate environment .

Treasury Bills are used to provide governments with short-term liquidity as they rely on long-term bond markets to fund budget shortfalls and debt refinancings.

The agency said last month it would raise more than previously planned this year in response to the Covid crisis, targeting between €20 billion and €24 billion in the long-term bond markets.

The agency had originally announced in December it would sell up to €14 billion of securities in 2020.

Euro zone government bond rates have been helped in recent months by a €750 billion ECB pandemic-related bond-buying programme. ECB chief economist Philip Lane said earlier this week that purchases under this could be expanded and extended “by as much as necessary and for as long as needed”.