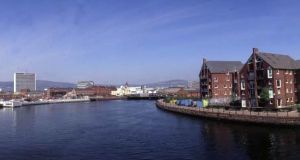 A total of 2,372 properties were sold in Northern Ireland in the second quarter.

But the number of people buying homes rose to the highest level since the property crash a decade ago, the latest Quarterly House Price Index report.

The latest index, produced in partnership with the Northern Ireland Housing Executive and Progressive Building Society, estimates that about 60 per cent of home loans in each of the four quarters up to March of this year were to first-time buyers.

The report suggests that a number of factors could be to blame for the recent decline in property values. But it highlights the impact of wider macroeconomic and political factors – uncertainty surrounding the Brexit process; the outcome of the UK general election; and the absence of a Northern Ireland Executive – all had a part to play in driving down local house prices.