North’s businesses pessimistic about what lies ahead in 2017 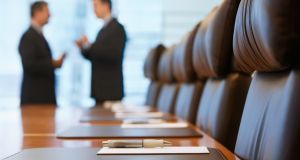 The quarterly economic survey from the Northern Ireland Chamber of Commerce and Industry and business advisers BDO shows that local firms ended 2016 more upbeat than compared to their immediate predominately gloomy reaction following the EU referendum vote in June.

However, when it comes to prospects for 2017, Northern Ireland businesses are decidedly pessimistic about what might lie ahead for the local economy – and that was before the growing political crisis this week.

Ann McGregor, chief executive of the chamber, said: “Our findings suggest that local businesses remain resilient as they continue to trade through the uncertainty, with many expecting continued growth in the months ahead.

One in every two businesses have also reported an increase in their cost base because of the weakness of sterling, although some exporters are enjoying the flip side of the pound’s devaluation.

Inflation remains a growing concern for many companies, particularly those operating in the manufacturing or service sector.

The latest quarterly economic survey also looked at how the Brexit factor was playing out for local firms, and found that not only has it impacted on turnover but around one in every four businesses has also scaled back growth and investment plans because of the EU vote.

However, overall the chamber says its latest research shows that the Brexit vote has so far had “limited impact on jobs, both national and non-national”.