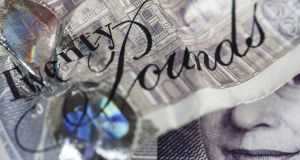 British FDI: An examination by the Financial Times of case studies cited by the UK’s Department for International Trade in a press release shows that many projects were announced long before the Brexit vote. Photograph: Bloomberg

British trade secretary Liam Fox’s department reheated several previously announced schemes when it claimed to have brought in £16 billion of foreign direct investment (FDI) since the Brexit vote, with some of the projects unveiled years ago.

The figure, announced by the department over the new year, was hailed by Eurosceptics as further proof of the resilience of the economy since the June referendum. Dr Fox said it proved Britain “remains truly open for business” while former justice secretary Michael Gove said “the prophets of doom have once again been found wanting”.

Iain Duncan Smith, the former Conservative leader and a leading Brexiteer, said the figures proved that Britain “can do anything, anytime and anywhere”.

But an examination by the Financial Times of case studies cited by the Department for International Trade in its press release shows that many projects were announced long before the Brexit vote, even if they were signed off afterwards. The ministry has also refused to disclose precisely how it calculated the figure, saying that three-quarters of the investment must remain secret for now.

One example highlighted was Dong Energy of Denmark, which the department said had committed in November to creating a £60 million recycling and energy plant in Northwich, Cheshire. But Dong announced the project in 2015 and gained planning permission in February 2016.

The department also cited a joint venture between Wheelabrator Technologies and SSE to regenerate the former Ferrybridge power station in West Yorkshire; that scheme was first announced in 2012.

In the Tees Valley, meanwhile, the department said US-based Calysta had chosen the northeast for a new agritech facility that opened in September. That was originally announced in January 2016, five months before the EU referendum.

The department further cited a £650 million investment by MGT Power in a renewable energy plant in Teesside, which should be built next year. In fact, MGT Power first revealed its plans for a plant burning wood chips and pellets in 2009. Recently, the project was refinanced by Macquarie Capital after a Korean consortium pulled out of the deal.

“The British people are not going to be fooled by Liam Fox’s list of meaningless anecdotes,” said Chris Leslie, a Labour MP and a leading supporter of the Open Britain campaign. “He should be focusing on protecting our economy from a hard, destructive Brexit rather than reheating announcements about investments made before the referendum.”

Genuine examples of new investment in the department’s press release included a £100 million investment by Peak Resources, an Australian company, in Tees Valley and 100 new jobs by a digital sports and media company called Perform Group in Leeds.

The biggest figure in the release was that China’s CNBM would co-invest in a £2.5 billion scheme to develop 25,000 modular homes in Britain by 2020 with five new factories.

That was a new announcement. However, CNBM had announced in January 2016 that it was investing in the UK with WeLink, a renewable energy company, albeit on a smaller scale of £1 billion.

The department insisted the overall £16 billion figure was not “pie in the sky”, adding it mostly comprised agreements that could not be announced because of commercial confidentiality, though they might be revealed later.

The department admitted that many of the other case studies were from before June 2016 but said that was not unreasonable: they were only meant to demonstrate the importance of inward investment. “They are just examples of why FDI is useful, they are not part of the £16 billion,” said a spokesman. “I can’t provide you with those figures.”

The press release included a claim that Dong Energy would spend £12 billion in Britain by 2020. Dong told the Financial Times that the figure included £6 billion spent over the past decade while the remaining £6 billion included various projects planned long before last summer.

The department said the £12 billion figure had not counted towards its overall claim of £16 billion in post-Brexit FDI.

Pressed for examples of investment since June 2016, a spokeswoman named the investment by the Chinese conglomerate Citic Group in the Royal Albert Dock project in London, and the Far East Consortium investment in Manchester’s Angel Meadows development.

“[The Department for International Trade] was directly involved” in those agreements, she said.

However, the Citic investment was announced in October 2015 during Chinese president Xi Jinping’s visit to London. Far East Consortium was in talks over Angel Meadows two months before the EU referendum.

The department said it was impossible to compare its data with any previous period to show any increase or decrease in FDI. An official said the figures excluded some numbers where there had been no involvement by the department – for example, the £24 billion takeover of Arm Holdings by SoftBank.

The data is not comparable to the much broader figures produced every year by the Office for National Statistics on net investment flows in and out of the UK.

“We are unable to provide comparable figures for the same period last year as this is the first time we have compiled figures on this basis,” a spokeswoman said.

“The annual stock total of FDI projects which forms the official FDI statistics does not include a breakdown for capital investment and includes all foreign investment including where government was not directly involved.”