Chris Johns: The absence of trust within the UK and between Britain and its partners is the most obvious Brexit narrative 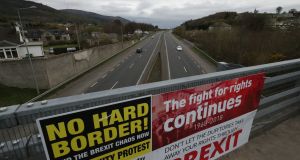 Robert Shiller is a Nobel prize-winning economist, famous in part thanks to his book Irrational Exuberance, which successfully predicted the bursting of the great technology stock market bubble at the turn of the century.

His most recent book, Narrative Economics, is, in my opinion, of greater importance than his writings about financial market valuations. Shiller argues that the failure of economics to incorporate the human instinct for storytelling means that we have a huge gap in our analytical toolkit. Narratives are important drivers of economic change. One of the many reasons why we are so poor at forecasting is that we ignore the stories that we tell ourselves.

In today’s social media age we often refer to something “going viral”. This is old wine in new bottles: narratives that become widespread are as old as the human race. But Shiller can’t find many reference to stories “going viral” or “trending now” prior to 2009. Shiller argues, forcefully, that “we need to incorporate the contagion of narratives into economic theory”.

An example of a narrative that changed the world is the spread of the notion of “efficient free markets” during the second half of the 20th century. A story once largely restricted to the university seminar rooms and obscure think tanks went viral with the elections of Margaret Thatcher and Ronald Reagan.

Arguably, the free market narrative was a significant driver of the fall of communism. For good or ill, it is a story that impacts on every one of us today.

Another example is the story of Donald Trump as dealmaker extraordinaire and self-made billionaire. This narrative, albeit false, has changed the world. As Shiller says: “ultimately, narratives are major vectors of rapid change in culture, in zeitgeist and economic behaviour”.

Forecasting, as this column has argued many times, is pointless. Shiller points out that over the past 20 years there have been 469 recessions in the 194 countries covered by the IMF. That organisation only managed to forecast 17 of those downturns. They also predicted 47 recessions that failed to turn up.

Economists traditionally think that stories are for sociologists and journalists. What they really mean is that it is hard to incorporate narratives into dynamic stochastic general equilibrium models of the economy. Shiller argues that until we figure out how to deal with popular stories we will always fail at forecasting.

There are a few examples of forecasting success. In 1919, Keynes famously foresaw the economic (and political) consequences of the heavy reparations imposed on Germany after the first World War. Keynes predicted that many Germans would construct a narrative based around punishment for false accusations of war crimes. We all know what happened next.

If stories are to become part of the economist’s toolkit, some mechanism will have to be established whereby we measure the size of a narrative (to have some sense of its likely impact) and whether or not it has any grounding in objective truth. The problems for both data scientists and philosophers are obvious. But worth tackling.

That point about truth is worth emphasising. This week I was appalled, but not surprised, to learn that Michael Gove had compared Brexit to the fall of communism and the reunification of Germany. Brexit, apparently, was on a par with East Germany’s quest for freedom.

I was reassured to learn that Gove had been heckled for these remarks. All this, of course, went viral. All of my own prejudices were amply fed.

None of this – none of it – was remotely true. The story, published by a university professor, was utterly false. Someone subsequently published a full recording of Gove’s speech. It was a friendly, uncontroversial few words at the German embassy in London at an event to celebrate German Unity Day.

Naturally this gave me pause to reflect on just where we get our beliefs – narratives – from. Prof Shiller’s quest is a Herculean one. But not wholly impossible. The establishment of objective truth is possible, albeit often in a limited way.

In the context of Brexit, the obvious example is the relationship between a customs union and customs checks. If you have the former you don’t need the latter. And with two countries that share a common border the absence of a customs union necessitates customs checks. The only questions are over the scope and location of those checks. Anything else you hear about customs unions and checks is just narrative fallacy.

Often we can’t be as definitive as this: the establishment of objective fact is beyond our knowledge and/or data. But it is easier to note the absence of truth: the false narrative. It is possible to spot lies. We know, for instance, that Boris Johnson’s words and objective truth have a very uneasy relationship. Promises – even legal undertakings – are not necessarily to be trusted.

The absence of trust, within the UK and between Britain and its partners, is, for me, the most obvious Brexit narrative.

The British parliament doesn’t trust the prime minister. Previous UK government solemn undertakings regarding customs checks have already been trashed. And so on: they are serial offenders.

My advice to the EU is, therefore, be very wary. Their stories – even the ones they tell themselves – are likely to be false. Yes, that’s a forecast: hopefully one grounded in a Shiller-style narrative.