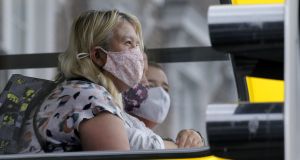 The Government’s budgetary watchdog has called for a “substantial multi-year stimulus” to restore demand in the Irish economy.

In a pre-budget submission, the Irish Fiscal Advisory Council (Ifac) warned the economic outlook for Ireland was “exceptionally uncertain”, with coronavirus cases on the rise and prospect of a no-deal Brexit looming.

The Government should use the forthcoming budget to put in place a multi-year stimulus package, which could include the €2 billion in support measures already announced for 2021 in the Government’s July stimulus plan, it said.

“Even though Government debt ratios will be high, a stimulus is warranted to support the economy’s return to a strong growth path,” it said.

The council did not specify how large the stimulus should be but illustrated how a €10 billion injection phased over several years could cushion the economy and restore growth.

“While the required size of stimulus should depend on more up-to-date information, the Government should be prepared to provide further targeted stimulus to address the demand shortfall and support supply,” it said, suggesting the focus should be on employment activation measures and business investment.

It also called on Government to put in place contingency spending measures in Budget 2021 to be deployed if Covid-19 and/or Brexit turn out to be worse than expected.

While the path for the economy is highly uncertain, Ifac said the Covid-19 crisis can be thought of in terms of three broad phases: the immediate crisis phase; the secondary recovery phase; and the new normal or “steady state”.

“While some sectors have survived through the crisis thus far relatively well, others face ongoing challenges,” it said. “Many businesses, including those in the tourism, hospitality and retail sectors, face ongoing restrictions due to health risks. It is still unclear at this stage how much lasting damage will result from the crisis,” it said.

The council said it was expecting the Government to run a budget deficit of €24-€30 billion (13–17.4 per cent of the Central Statistics Office’s gross national income measure) in 2020. This is more than the projected €23 billion set out in the Government’s Stability Programme Update in April. The upward revision mainly reflects how the original forecast did not include provisions for an intended stimulus launched in July as well as other policy measures, it said.

The council also warned of an additional overspend in health, unrelated to Covid-19, which has been a recurring feature of the public finances in recent years.

“Frequent overspending in health areas was a recurring challenge in recent years and this was masked by corporation tax and interest tailwinds,” it said, noting health overruns have averaged €500 million annually since 2015.

“While the risks of a full nationwide lockdown recurring may be more remote, with regional restrictions and more tailored responses possible, ongoing restrictions appear likely for some time in many areas,” said Ifac.

“This could further increase stress on businesses and trigger higher unemployment in vulnerable sectors, potentially with negative knock-on impacts for long-run growth.”