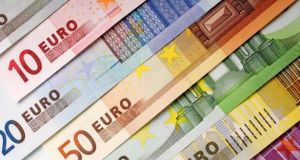 The first three measures aimed at eliminating some of the most common corporate tax-avoidance practices used by multinational companies come into force as of midnight on Monday.

New rules aimed at eliminating some of the most common corporate tax-avoidance practices used by multinational companies come into force across the European Union on Tuesday.

As of January 1st, all EU member states, including the Republic, will have to apply the new anti-abuse measures which build on standards developed by the Organisation for Economic Co-operation and Development (OECD) on Base Erosion and Profit Shifting (BEPS) in 2015.

The rules are meant to ensure that member states implement co-ordinated measures against tax avoidance including deterring profit shifting to no- or low-tax countries, discouraging companies from creating artificial debt arrangements to minimise taxes and counteracting aggressive tax planning.

“The European Commission has fought consistently and for a long time against aggressive tax planning. The battle is not yet won, but this marks a very important step in our fight against those who try to take advantage of loopholes in the tax systems of our member states to avoid billions of euros in tax,” said EU taxation commissioner Pierre Moscovici.

The first three measures come into force as of midnight on Monday with the two remaining measures governing the exploitation of mismatches in tax laws of different jurisdictions, and exit taxation rules, coming into force on January 1st, 2020.

The Finance Bill, which was published here in October, shortly after Budget 2019, introduced controlled foreign company rules locally as required by the directive. It also saw the implementation of a 12.5 per cent exit charge on company migrations from the Republic and the allocation of assets from here to another jurisdiction.