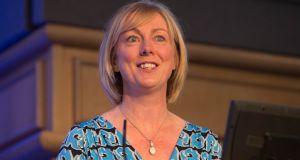 Minister for Employment & Social Protection Regina Doherty: “Since 2012 the number of jobs in the economy has risen by over 230,000.” Photograph: Gareth Chaney Collins

The number of claimants on the Live Register has fallen below 250,000 for the first time in nine years.

The latest monthly figures show the number of people signing on dropped by 300 in September, bringing the seasonally adjusted total to 249,200. This was the lowest level recorded since September 2008.

While the register is not a measure of unemployment, as people with part-time work can be entitled to benefits, it reflects conditions in the labour market in general.

The latest register tallies with the current decline in headline unemployment, which fell to a nine-year low of 6.1 per cent on Tuesday.

This meant more temporary education sector workers left the register in August than in September.

“The wide-ranging pathways to work reforms implemented by my department since the economic downturn have made a significant contribution to the recovery in employment while enabling employers to continue to grow their businesses,” she added.

Ms Doherty also noted there had been a particular improvement in long-term unemployment, which stood at 105,339 in September. This equated to a drop of 19.3 per cent year-on-year.

Separate CSO figures showed industrial production rose by 2.4 per cent in August on both a monthly and an annual basis.

However, the seasonally adjusted volume of industrial production for manufacturing industries for the three months to August was 1.6 per cent lower than in the preceding three-month period.