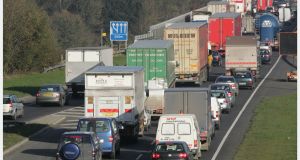 Charging a price for goods and services that are in short supply can be a key mechanism for allocating scarce resources, although using the price mechanism is unacceptable or undesirable for some essential services like healthcare.

Queuing is an alternative mechanism used to ration scarce resources, although this involves the cost of people’s time, which is valuable. For example, in Soviet times, while food prices were low, the supply was less than the demand so people had to spend much of their lives queuing to get supplies. This was wasteful and inefficient.

The opportunity to travel by bus, train or plane is generally allocated through charging fares – the pensioners’ free travel scheme being an exception – although that doesn’t completely eliminate rush-hour queues. In the case of air travel, modern technology allows a very sophisticated use of pricing to ensure that planes are generally full – making best use of resources.

However, in general the price mechanism is not used to ration access to roads, with some exceptions along parts of Ireland’s motorway network. So scarce road space – for example, in city centres and during rush hours – is allocated by queuing or congestion, leaving commuters to spend long periods in their cars going nowhere.

With the growth of long-distance commuting, this is becoming an ever-greater headache for families that cannot get housing near their work.

The ideal solution to the problem of commuting is to enable people to get affordable housing close to their work so they can walk or cycle. However, even with better planning in the modern world the demand for road transport continues to increase for a wide range or reasons.

Over the last 20 years Ireland has made a huge investment in motorways. Some of this has been funded through tolls.

There are places where we have over-invested in roads, bringing them to motorway standard where the limited traffic does not warrant this scale of provision. While investment in extra road capacity needs to be funded, where tolls are charged on lightly-used roads there may be negative consequences, reducing overall welfare.

On a recent visit to northern Spain I experienced a virtually empty tolled motorway while the main road parallel to it was extremely busy. Lorries and commercial traffic, in particular, opted to use the alternative free route, while the main traffic on the motorway consisted of a handful of French tourists.

The size of the toll – a 20k journey cost about €5 – seemed to prove an effective deterrent to choosing the faster motorway route. The level of the toll was clearly counterproductive.

A similar phenomenon can be seen on Ireland’s M1, where the toll at Drogheda diverts substantial traffic on to the very inadequate N2 through Slane, a road which has seen its share of accidents. This has led to pressure to upgrade the N2 into a motorway. It would be much cheaper for the State to remove the toll on the M1 and or ban lorries from the N2.

By contrast, in urban areas, especially the M50 and motorway sections into Dublin, congestion is rife. Here higher tolls would help manage demand and allocate spare road-space more efficiently, as well as raising funds which could be used to fund other transport infrastructure, including public transport.

But raising charges too high could be counterproductive in diverting congestion elsewhere.

When the Port Tunnel was first opened the tolls were poorly calibrated so that for much of the day that very expensive piece of infrastructure was largely empty. With the revision of the tolls, differentiated by time of day, the tunnel is now used much more efficiently.

When petrol and diesel cars are superseded by electric cars, tax revenues from motor fuels will disappear. While taxes on petrol are a proxy for tax for distance travelled, an alternative way to charge motorists for road use will need to be implemented.

London-style congestion charges would make using cars in cities more expensive, while using cars in uncongested rural areas would become much cheaper. Appropriately calibrated road-pricing on all roads could make much better use of road resources, reduce the huge amount of time wasted in traffic jams, and lead to lower greenhouse gas emissions.