Euro-wide banks could reduce the cost of borrowing in Ireland 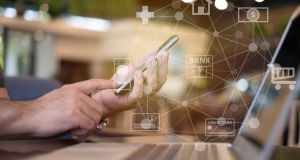 The economic crisis a decade ago was associated with a collapse in the banking system. The banks had fuelled an unsustainable boom in the economy while the regulator, the Central Bank of Ireland, had failed to control this dangerous behaviour.

Although the shareholders in the banks lost their investments, this was little consolation to the Irish taxpayer who had to step in providing around €60 billion to sort out the mess.

Because a functioning economy needs a working banking system, the main domestic banks needed to be recapitalised. The UK taxpayer also had to spend a very large sum bailing out Ulster Bank’s parent, Royal Bank of Scotland (now the NatWest group).

Ireland was not unique in how its economic crisis had its roots in an unsustainable property bubble, fuelled by irresponsible bank lending. Spain and Estonia were among the countries whose crashes were similarly triggered. However, the way the crisis played out in these economies was different than in Ireland reflecting, among other things, differences in their banking systems.

In the case of Estonia, the banks that made huge losses were not owned domestically but were mostly branches of Scandinavian banks. Thus, the Estonian banks were bailed out by the Scandinavian parent companies, and the Estonian taxpayer did not have to foot the bill. This did not avoid an exceptionally severe series of budgets. However, as Estonia was spared the need to pay for its banks, the long-term consequences of the crash were less severe than Ireland’s.

Like Ireland’s banks, Spain’s smaller lenders were exposed to the local property market, which had collapsed, and these had to be bailed out.

However, Spain’s two biggest banks were not seriously affected – they were much more geographically diversified than their Irish counterparts, and with less concentration of investments in one sector. Banco Santander, as a global financial company, with a minority of its business in Spain, came through the crisis well.

Having bailed out the banks a decade ago, the Government still owns a significant part of the banking system here via investments in AIB, Bank of Ireland and Permanent TSB.

While now is not the time to sell the Government shareholdings, this will be possible when the economy recovers from the current recession. Though the Government will want to maximise the return on the State’s forced investment in the banks, how it eventually disposes of the shares could influence the future structure of banking in Ireland. There has been little discussion to date on how we want our banking system configured for the future.

Recent research looking at the experience of financial crises suggests that larger banks operating in less competitive markets are more stable. However, given that a lack of competition hurts consumers, the alternative is to have genuinely competing banks with more capital as a buffer against the bigger risks that greater competition brings. While the cost of holding extra capital offsets some of the gains from competition, it lowers the chances of a costly crash.

Larger, more regionally diversified banks can generally raise capital at a lower cost than smaller banks concentrated in one market or market segment. In a 2011 paper with Professor Ray Barrell, we looked at what would happen if peripheral countries, such as the Republic, were served by large international banks rather than local banks. Because such banks with a wider spread of risk tend to have a lower cost of raising capital, the research suggested that they could offer lower interest rates to borrowers, and that in turn could promote higher investment and growth in those peripheral economies.

While the banks in Ireland were still in recovery mode, interest rates for borrowers here were the highest in the euro area. However the gap has slowly narrowed over the past two years, but the average interest rate on mortgages today is still 2.8 per cent compared to the euro area average of 1.3 per cent.

Some of the remaining gap is due to the higher risk of lending in Ireland. Banks here take a bigger hit on loan defaults, because repossession after default is more difficult here than elsewhere.

But some of the gap is also due to higher capital costs for smaller Irish banks, and to the limited competition they have faced since the crisis.

While Ireland strongly supports completion of a banking union, there remain blockages to progressing the development of a genuinely integrated EU banking system. Now that Frankfurt holds the responsibility for regulating the main banks, one major obstacle to the development of a euro area banking system has been removed. Ultimately, euro-wide banks could reduce the cost of borrowing in Ireland, benefiting consumers and the wider economy.