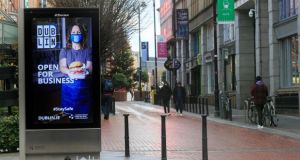 During the last financial crisis, more than a decade ago, one of the most lurid side-effects of State intervention in the economy was a proliferation of “zombie hotels”. These properties were bust and should have closed. Instead, they staggered on for years, drooling all over the productive parts of the sector with their cash-chasing cheap room rates and gobbling up the few customers around.

They were built solely on the back of massive income-tax breaks that would have had to be repaid to the exchequer if they had closed. This would have put their backers, who were property investors and bank borrowers, out of business. So State-dependent banks kept the hotels, undead, on a form of zombified financial support to save those investors, and thus protect bank balance sheets.

The image of tax investors and developers wandering empty hotel corridors, moaning incoherently while munching on each other’s limbs, was a gift for the often bone-dry world of business journalism.

But it was also a reminder that when the State widely intervenes in consumer-led sectors such as hospitality, as it had done with tax breaks in the years leading up to the crisis, it can lead to unintended consequences. This can happen even if the intervention was well-intentioned and served a purpose.

The current level of State intervention in the hospitality sector makes the boomtime hotel tax-break era look quaint by comparison. It isn’t just hotels that are, for the foreseeable future, almost entirely reliant on outside help for their survival. Taxpayers are propping up hairdressers, beauty salons, retailers of all shapes and sizes, travel agents, restaurants and cafes, coach operators, tourism attractions, pubs, gyms, cinemas, theatres, transport operators and the full ecosystem of suppliers to all of these companies.

The intervention is well-intentioned: the State wants to save jobs by preventing businesses from being forced into insolvency as a result of its anti-virus restrictions, and those businesses will then be ready to go again whenever the economy reopens and we emerge from hiding like consumer greyhounds out of the traps. The intervention also serves a valid purpose: if taxpayers can temporarily box off the economy, then the State and its citizens can better focus on the imperative of the public-health crisis, save more lives, treat the sick and protect the health service from collapsing into a pit of agony.

But just because this bewildering array of wage subsidies, closure compensations, income replacements, rates holidays and tax forbearances are proportionate and necessary, that does not mean they will never have unintended consequences. Among the tens of thousands of consumer businesses that are now wains of the State, how are we meant to discern between those with viable futures and those that are only here because they are zombified by transfusions of taxpayer cash? Which ones are the undead?

Amazon is currently setting up camp just off the N7 in Dublin and when its same or next-day delivery services begin in Ireland, it is likely to lay waste to parts of the domestic retail sector. That part of the economy was already in enough trouble as it was. We’ve all become used to shopping at home in our boxer shorts at our laptops. That is a structural change in consumer behaviour and its effects will become fully apparent only after the pandemic recedes.

Here is another unknown. If the virus can be kept far enough at bay – and that is no certainty with the new variants and the execution risks inherent in the State’s vaccination strategy – then hotels will do well from staycationers over an eight- to 10-week period of the summer, and maybe weekends thereafter.

But it could be several years before foreign tourists return, and as they do, the staycationers that are currently the sector’s only nourishment will be forming orderly queues at the exit gates of Irish airports. Which of the tourism businesses among the totality that are currently on State life support will survive all the tumult to come? We’ll never know until they go. And that’s before we figure out what will happen to the corporate meetings market after the pandemic.

What about pubs? I enjoy recreational pints as much as anybody. Pubs are not just economic units, they are an integral part of Ireland’s social and cultural fabric. Some may resent that but it doesn’t make it any less of a fact. Yet pubs outside of our main urban centres were dropping like flies for more a decade before the pandemic. Many among those that should be closing anyway will cling on for longer due to pandemic State subsidies. Last orders are delayed.

There are probably thousands of zombie consumer businesses that should, or soon will be, dead for myriad reasons. But they are able to shuffle around for now, hiding beneath the cover of our new State-planned economy.

The only way to sort the carrion from the living would be to whip away the State supports for business and see which ones keel over. While that might be ideologically in keeping with the medium-term functioning of a liberal economy, it would be an abhorrent breach of public trust on the Government’s part.

It would be an abandonment of SME owners and their workers, and would shatter the notion that we are all supposed to be in this pandemic together. Such importance is not merely symbolic. It would bring huge pressure to bear on social cohesion, which is straining as it is. If that frays, a lot of things may unravel.

Certain consumer businesses in specific sectors were asked, or rather compelled, to throw themselves on to a bonfire in the interests of public health. Bonfires burn, even if you’re soon to be a zombie. That is why so many businesses screamed so loudly to be allowed reopen in the latter parts of last year.

Yet the State has a duty to keep as many of them as is practicable alive or undead until we can sort out the economic mess that will remain long after the pandemic recedes. Only then will it be politically and morally feasible to remove the full range of the opioids of State supports so that, through consumer activity, we can identify which businesses have a bright future and which should be let die.

The bill for this exercise will be colossal. Tánaiste Leo Varadkar says the bill could be up to €50 billion. That is some round, but there is no escaping it and we all must pay.

Flutter’s revenues rise but profits down due to charge related to Stars deal 07:32
Bank branch closures, Dublin gains from Brexit, and independent living options 06:30
Investor seeks winding up of Irish firm linked to German property venture 06:00
Employer offering to pay Covid tax but Revenue can’t give me the bill 05:59
Bars still generating revenue despite lockdown, but from what? 05:32

8 Trade with Britain will not return to pre-Brexit model, exporters warned