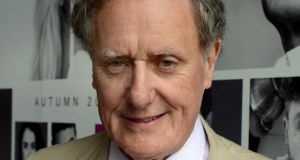 Vincent Browne: justified his world view by referring to conversations he had with a businessman “with his finger on the pulse”. Photograph: Brenda Fitzsimons

There was an abundance of ire in a blog posting this week by Isme, the small and medium enterprise lobby group, chastising the broadcaster and columnist Vincent Browne for his “loose lips”.

Entitled Vincent Browne’s Strange View of the World , the deliciously facetious posting slammed him for “undermining confidence” because he insisted on Ivan Yates’ radio show during the week that talk of a recovery is overblown.

Many people he had spoken to, Browne said, are yet to “experience any symptoms of recovery”. Not outlandish, when you consider that more than 10 per cent of the workforce is still out of a job and citizens holding more than €8 billion of mortgages are in arrears of more than 720 days.

I doubt those folk are swigging Pétrus while clinking glasses to the recovery. Perhaps Browne and Isme merely talk to different kinds of people?

Isme, a cold house for socialist types such as Browne, took to its blog with characteristic aplomb to give the “shock jock” both barrels for his temerity.

“We can’t name it but we’re sure there’s a scientific or medical term for having an out-of-body experience where you think you are living in a parallel universe,” said the lobby group.

Browne justified his world view by referring to conversations he had with a businessman “with his finger on the pulse”, who is still having a tough time. Isme accused him of making one man’s view a majority and “twisting” statistics regarding the significant recent rise in car sales, a decent economic barometer.

Isme checked its Oxford English Dictionary for the meaning of confidence, which it rightly noted is an essential part of business recovery.

It finished with a flourish: “We wonder does he come up with this kind of stuff just for his own amusement? However, undermining confidence is no laughing matter for struggling businesses or for those still out of work.”

Isme’s statement about the jobless, when viewed from the standpoint of, say, a socialist such as Browne, might actually appear to lend credence to the assertion that many people “are yet to experience any symptoms of recovery”.

The lobby group is, of course, legendary within business media circles for its own propensity for hyperbole. Eight weeks ago, it complained the future for retailing is “bleak”. The shadow economy doesn’t grow in Isme’s lexicon, it “surges”. Costs are “exorbitant” and affecting the “fight for survival”. Pay claims are “irresponsible”, and so on . . .

Isme is as dogged and effective a lobbyist as Browne is a pointed commentator. Whatever happened to live and let live?