Ireland has more multimillionaires than Belgium and UAE 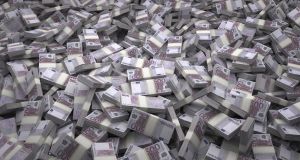 More ultra-high net worth individuals were created in Ireland in 2016 than in Belgium, Thailand and the United Arab Emirates. Photograph: iStock

Some 85 new multimillionaires were created in Ireland last year – an increase of 6.4 per cent on the previous year.

The results rank Ireland in 24th place of the Wealth-X report 2017, which measures the global ultra wealthy population and their total worth. The ranking places Ireland higher than a number of countries including Belgium, Thailand and the United Arab Emirates.

An individual is classified as ultra-high net worth if they have $30 million (€26.7 million) in net worth. This universe grew globally by 3.5 per cent in 2016 and those individuals increased their wealth to $27 trillion.

The US had the largest UHNW population with more than 73,000 people holding over $8.7 billion.