Have rent controls actually been bad for tenants?

Cantillon: Exemptions seem to free many landlords from compliance with rent rules 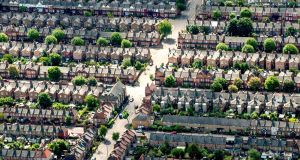 Not all landlords it seems are abiding by the rent rules, which limit rent hikes to about 4 per cent a year. Photograph: Dominic Lipinski/PA

It’s the problem, it seems, that just can’t be fixed.

Most commentators agree that while not perfect, house prices have most definitely been constrained by the Central Bank’s rules on mortgage lending. Without them, some experts suggest prices would already be back at boom-time levels.

Controlling rents, however, seems to be a much more challenging task. Yes, rent controls were introduced in December 2016, but many would argue that the biggest impact of the rules has been to keep people in existing tenancies, where they can at least query any proposed rent hikes from their landlords. Once they leave, they are exposed to the vagaries of the open market, and as the latest figures from Daft show, rents for newly advertised properties continue to rise at double-digit rates.

Not all landlords it seems are abiding by the rent rules, which limit rent hikes to about 4 per cent a year.

And even where landlords don’t want to flaunt the rules, exemptions abound. Just take a look at Daft.ie: 157 properties on the portal available in Dublin (or almost 20 per cent of the total supply in the capital) proudly declare they have been recently “refurbished”. Kennedy Wilson for example has just brought a stock of “newly refurbished”apartments in its recently acquired The Grange development in Stillorgan to the rental market, at rents starting at €1,950 for a two-bed. Haines has a similarly renovated two-bed in Chapelizod for €1,664. Of course properties that have been refurbished are exempt from the rules, which may explain landlords’ interest in new kitchens and soft furnishings.

Moreover, any new stock coming on to the market – whether it’s in a rent pressure zone or not – is exempt from rent controls. And this exemption doesn’t just apply to the first time the units are rented, as residents of Ires Reit’s The Maple in Sandyford recently found out to their dismay when they were issued with renewal notices with as much as 25 per cent increase. While Ires Reit pulled back from the increase amid public outcry, the fact remains that all new properties coming to the market since the controls were introduced in December 2016 are exempt.

Of course Dublin is not alone in trying to face up to rocketing rents; California recently voted down a ballot measure which would have allowed cities to expand rent control. The reason? Voters feared that rent controls would actually make things worse for tenants.

Almost two years on it’s easy to wonder if this has been the case in Ireland.

Now plans are afoot at Government level to ramp up oversight of the controls, by giving the Residential Tenancies Board more teeth in dealing with insubordinate landlords. But whether it’s too little too late remains to be seen.