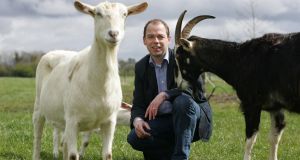 Pretax profits at the Cleary family-controlled yoghurt producer Glenisk last year increased by 19 per cent to €415,109. This followed revenues at the Co Offaly-based company increasing by 7 per cent to €23.3 million from €21.76 million.

The company is led by Vincent Cleary, and last year the business produced 120 million yoghurt servings.

Emma Walls, commercial director with Glenisk, said on Friday: “We are pleased with the performance of the business in 2018, with good growth in sales and modest growth in profitability.

“Challenges during the year related to significantly increased costs and the ongoing uncertainty created by Brexit.”

Numbers employed by the company have grown to over 70.

Ms Walls said the company’s natural flavour “remains our most popular flavour, reflecting the trend for both simple ingredients and the versatility of yoghurt as a cooking ingredient”.

She said Glenisk’s vanilla flavour had overtaken strawberry as the flavour of choice amongst Glenisk customers.