Five reasons why universal basic income is a bad idea 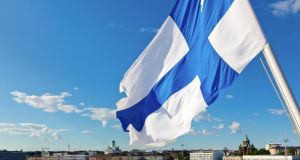 Finland is testing universal basic income among 2,000 adults aged 25 and 58, who will receive a monthly basic income of €560 for two years.

As the scale of the potential job losses arising from the artificial intelligence and robotics revolution becomes clearer, a chorus of otherwise disconnected billionaires, trade unionists and others are calling for universal basic income. Recognising the threat posed by these dislocations is welcome and timely, but seeking solace in UBI is a bad idea.

At least one in three jobs is vulnerable to AI and robotics, with routine and repetitive tasks in manufacturing, administration and call centres most easily substituted. Research at the Oxford Martin School estimates that over the next 20 years up to 47 per cent of US jobs, around 40 per cent of UK and European jobs and a higher share of jobs in many developing countries including China, could be replaced by machines. The exponential increase in computing power and machine learning will intensify these vulnerabilities.

It is misleading to think of this as yet another industrial revolution and take comfort in the fact that all previous industrial revolutions have resulted in more and better-quality jobs. This time is different, both in the pace and the reach of change. The growth of new jobs is slower than the destruction of old jobs — and their quality in many cases is inferior, as full-time career employment gives way to gig work or contingency contracts.

The places most vulnerable are also geographically isolated from the dynamic cities experiencing record earnings growth and low unemployment. Moving to these cities is increasingly difficult, as soaring housing and commuting costs reduce employment mobility. The result is rising geographical concentration of poverty and inequality in places left behind by change. The political reverberations are already being felt. The legitimate concerns of vulnerable workers must be addressed. But UBI is a red herring for five reasons.

By reallocating welfare payments from targeted areas to a generalised transfer to everyone, the amount that goes to the most deserving is lower

First, UBI is financially irresponsible. Universal means everyone gets it. Even in the richest societies, if UBI was set at a level to provide a modest but decent standard of living it would be unaffordable and lead to ballooning deficits. To close the UBI budget black hole, much higher taxes or reallocation of resources from other areas such as health and education would be needed.

Second, UBI will lead to higher inequality and poverty. It typically aims to replace existing unemployment and other benefits with a simple universal grant. As shown by the OECD, the Paris-based club of mostly rich nations, by reallocating welfare payments from targeted transfers (such as unemployment, disability or housing benefits) to a generalised transfer to everyone, the amount that goes to the most deserving is lower. Billionaires get a little more.

Third, UBI will undermine social cohesion. Individuals gain not only income, but meaning, status, skills, networks and friendships through work. Delinking income and work, while rewarding people for staying at home, is what lies behind social decay. Crime, drugs, broken families and other socially destructive outcomes are more likely in places with high unemployment, as is evident in the drug pandemic in the US.

Fourth, UBI undermines incentives to participate. Stronger safety nets are vital. No decent society should tolerate dire poverty or starvation. But for those who are able, help should be designed to get individuals and families to participate in society; to help people overcome unemployment and find work, retrain, move cities. Wherever possible, safety nets should be a lifeline towards meaningful work and participation in society, not a guarantee of a lifetime of dependence.

Fifth, UBI offers a panacea to corporate and political leaders, postponing a discussion about the future of jobs. The demographic pressures in rich countries, and the deep challenge AI poses to development prospects in poor ones, adds to the need for this conversation. There must be more part-time work, shorter weeks, and rewards for home work, creative industries and social and individual care. Forget about UBI; to reverse rising inequality and social dislocation we need to radically change the way we think about income and work. - Copyright The Financial Times Limited 2018

The writer is Professor of Globalisation and Development at the University of Oxford, and co-author of Age of Discovery