European Commission to press ahead with tax clampdown after Apple ruling 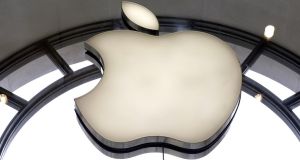 The European Commission declared it was more determined than ever to clamp down on what it sees as unfairly low taxation rates used by some member states to attract multinational companies after losing its case against Apple and Ireland in an EU court.

The EU’s executive body unveiled a suite of proposals on Wednesday that it said would make life harder for those seeking to avoid tax, while making it easier for those honestly paying it, through simplification, enforcing compliance, and sharing of data between member states.

Among the proposals is a plan to crack down on low levels of taxation of corporations by using a never-before triggered article in EU treaty law that would allow the commission to bypass member states’ ability to veto taxation matters.

Article 116 allows the commission to act against member states that are found to be distorting competition in the single market, and can be triggered by a qualified majority vote by national leaders, rather than requiring unanimous support. It would also need to be passed by the European Parliament.

European commissioner for economy Paolo Gentiloni said work was currently under way to choose a strong test case for the use of the law.

“We’re not just talking about the Netherlands, there are six or seven other countries that feature in our recommendations,” Mr Gentiloni told reporters. “We’re not talking about tax havens, but taxation policies that are regarded as aggressive that are used by countries to attract companies in a way that harms the fairness of conditions within the single market.”

Speaking in Dublin yesterday in the wake of the Apple ruling, Minister for Finance Paschal Donohoe said that while he had not had time to review the tax plan, “our concerns and our views in relation to the maintenance of unanimity and how those decision-making procedures are followed are well known”.

He said he would speak with European commissioners Valdis Dombrovskis and Mr Gentiloni in the coming weeks about the plan.

The Italian commissioner said the tax proposals were being drawn up independently from the Apple tax ruling and were not timed to co-ordinate with it but both are part of an overall strategy by the commission to rein in tax practices and force tech giants to follow the rules.

Mr Gentiloni and commission executive vice-president Mr Dombrovskis said the Apple ruling, in which the European General Court found the commission failed to show that the tech giant had received de facto illegal state aid through a sweetheart deal, had hardened their resolve to tackle taxation they deem unfair.

“This ruling makes it even more urgent and more clear the need for corporate tax reform,” Mr Dombrovskis said.

“This one tax ruling is not going to change the commission’s determination in this regard.”

Ireland, Belgium, Luxembourg and the Netherlands are seen as the first in line to be targeted by the new use of article 116.

The economic crisis triggered by the coronavirus pandemic and the withdrawal by the US of an OECD-led initiative to find an international agreement on digital taxation have put taxation firmly on the EU policy agenda.

In the past, attempts by the commission to tackle aggressive tax planning have been blocked by countries including Ireland, as votes require unanimous support of all member states.

The Irish Government has fiercely defended taxation as a sole national competence, and argues that its current open-door policies towards multinational companies are entirely above board and essential for attracting investment.