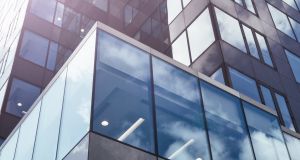 The OECD’s findings, based on aggregated data from 4,000 multinationals, suggests most companies in Ireland are paying close to the correct rate on income declared. Photograph: iStock

The effective tax rate paid by companies in the Republic is 12 per cent, a report by the Organisation for Economic Co-operation and Development (OECD) has indicated.

While this was one of the lowest rates internationally, it was very close to the statutory rate of 12.5 per cent, the agency’s Corporate Tax Statistics report noted.

The Republic’s corporate tax code has been at the centre of a storm over multinational tax avoidance.

However, the OECD’s findings, based on aggregated data from 4,000 multinationals, suggests that most companies here are paying close to the correct rate on income declared.

However, there has been controversy about money moving through the Irish headquarters of big multinationals from profits earned elsewhere and where that should be taxed.

Despite criticism of the Republic’s tax regime, the OECD’s report indicated that the State’s intellectual property (IP) regime, a component of the corporate code that allows income from IP assets to be taxed at a lower rate, is tougher than a lot of other jurisdictions.

The report found, however, that the State was the most reliant internationally on foreign multinationals for corporation tax.

Receipts from foreign firms accounted for 65 per cent of the corporate tax base here in 2016, the highest of 23 OECD countries. The next highest was the US with 56 per cent.

Last year, the business tax generated a record €11 billion for the Irish exchequer and accounted for a fifth of the overall tax base. Some 40 per cent of receipts came from just 10 big firms.

Corporation tax receipts have surged in the past four years amid the onshoring of assets such as intellectual property here.

The OECD’s report highlighted that statutory corporate tax rates have been declining over the past two decades. In 2000, the average rate across countries was 28 per cent but by 2020 this had fallen to 20.6 per cent.

The data also indicates that big companies tended to book profits in low-tax financial hubs rather than where they really do much of their business.

Multinationals with group revenues of at least $750 million (€665 million) have been required since 2016 to report income, profit and taxes for the countries in which they operate under an international push to shed light on the issue led by the OECD.

On average, multinationals’ operations in investment hubs report 25 per cent of group profits but only 4 per cent of employees and 11 per cent of tangible assets.

The median value of revenue per employee in jurisdictions with no corporate income tax was $1.4 million, the report said.

The OECD said the findings made it all the more important to complete negotiations among nearly 140 countries on a global minimum corporate tax rate, which are due to be wrapped up this year. – Additional reporting: Reuters