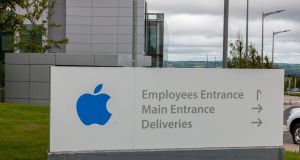 Industry groups welcomed the ruling in the EU’s second-highest court that Ireland did not give illicit State aid to technology giant Apple. But concern remains that the spotlight will remain firmly on the State’s tax regime for the foreseeable future amid ongoing efforts to reform corporation tax structures globally.

“It is to be hoped that the commission will accept the decision of the General Court of the European Union, and not seek to damage the country’s reputation further with protracted legal proceedings.

“The outcome vindicates Ireland’s adherence not just to Irish but also to European rules when levying taxation,” he added.

The Irish branch of the American Chamber of Commerce said the decision would not only help the State but also the European Union as a whole to “maintain its hard-won global reputation as an inward investment destination”.

Grant Thornton said the spotlight would remain on the State but that the positive ruling should “lessen some of the negative exposure”.

“It would appear that Apple was taxed in Ireland in line with the substance of its Irish operations, prior to the commission intervention. From a distance, it seems that the commission originally attempted to rewrite historic tax rules based on current laws and mood,” he said.

“In terms of impact on future FDI into Ireland, today’s finding should be seen as a positive for the EU as much as Ireland. A negative finding would have created uncertainty for investors regarding their tax position, which is never good,” he added.

IDA Ireland welcomed the decision. Ireland, it said, “has one of the most consistent, competitive and transparent taxation regimes in the world and, together with our other offerings of excellent talent, access to the European market and stable pro-enterprise policies, Ireland has been hugely successful in attracting foreign companies to establish and expand in Ireland”.

KPMG’s head of tax, Tom Woods, described the decision as an endorsement of the Irish tax regime and its administration over a long number of years.

“The initial indication is that it is a clear ruling in the taxpayer’s favour. It is worth noting that the outcome should not, in any event, have widespread implications for Ireland’s corporation tax or transfer pricing regime,” he said.

Business lobby group Ibec’ chief executive Danny McCoy said its focus was on making Ireland the “best place in the world as a business location”.

“As such, it is crucial for all businesses, multinational and indigenous, that Ireland’s tax system is, and is seen to be, transparent and equitable,” he said.

Oxfam Ireland said there was no disputing the fact that Apple received significant tax reductions through rulings made by Irish tax authorities despite the ruling of the EU court.

“The Apple case highlights the extreme nature of corporate tax avoidance facilitated by Ireland, for which there is clear and growing evidence outside of the Apple case alone,” said Michael McCarthy Flynn, senior policy and research coordinator at Oxfam. “These repeated cases of tax avoidance point to the need for more fundamental tax reforms at EU and global level,” he added.

Christian Aid Ireland said the “judgment should not be misrepresented as a defence of Ireland’s role in enabling tax avoidance”.

“It’s simply not sustainable to siphon revenue from other EU states, as well as some of the poorest countries in the world, which robs them of vital resources and is seriously damaging to Ireland’s international reputation,” Conor O’Neill, the organisation’s policy and advocacy adviser, said.