Corporate insolvencies continue to decline in 2019 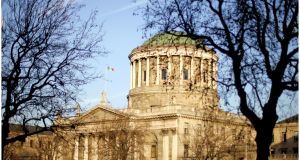 The number of corporate insolvencies in the State last year was 26 per cent lower than a year previous, according to figures compiled by professional services firm Deloitte.

“Whilst trading difficulties caused by a range of external and internal factors continue to play a notable role in corporate insolvency numbers across all sectors, legacy debt issues and over-exposure to the property market and property crash of 2008 continues to be a prominent feature,” said David Van Dessel, a partner at Deloitte.

The mixture of insolvencies last year included both young and older companies. Some 22 per cent of the insolvencies related to companies less than five years old, 23 per cent related to those in the five to 10 year bracket while 26 per cent were in the 10 to 20 year bracket. This, Mr Van Dessel suggests, indicates that “majority of insolvent companies are in the five to 20 years old bracket rather than in the start-up sector”.

Geographically, the highest number of insolvencies were in Leinster (63 per cent) with 24 per cent in Munster, 9 per cent in Connacht and 4 per cent in Ulster.

“It is evident that corporate insolvencies are continuing in a downward trajectory, which we expect to continue in 2020. This is not surprising given the current economic climate, but what has not changed is a continued reluctance within the business community to adopt corporate recovery options when faced with significant financial challenges,” Mr Van Dessel said.

“It is likely that as we move into 2020 and beyond and as the economy continues to grow, legacy debt insolvencies will continue to be displaced by more traditional business failures, rooted in factors such as poor trading performance, weak cost control and inadequate working capital management.”

1 Opioid executive admits to ‘no morals’ ahead of prison term
2 Farmer seeks to challenge €3.6bn Intel plan in High Court
3 Who are Ireland’s 17 billionaires?
4 Are there annual limits on inheritances or gifts to a child?
5 The Cork butcher’s daughter directing A-list celebrities in Miami
6 Microsoft sued by 'frozen out' ex-worker
7 Financial payments group Planet in rumoured €1.98bn sale
8 A family business that just keeps on growing
9 Fenergo to take on extra 300 staff as it invests €30m in expansion
10 The end of the world could be upon us. Why are we doing nothing?
Real news has value SUBSCRIBE