Cantillon: The semi-State’s €6.2m exchequer payment is a genuine return on investment 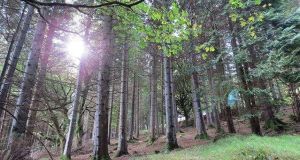 Coillte’s €6.2 million dividend to the exchequer in 2016, an increase of a quarter over the previous year, isn’t exactly a fortune in terms of the State’s resources.

It isn’t enough to finance a new hospital or build a new motorway for a ministerial ribbon-cutting.

But it is significant in another way. It was a genuine return on the State’s investment in Coillte, and not an illusory return.

Coillte’s expanded payout to the State only came about because the forestry semi-State committed itself to the behind-the-scenes, laborious and unsexy work of tackling its cost base to free up real cash to generate a return.

Hack off a limb

It didn’t borrow to pay its dividend, as many semi-States were leaned upon in the recent past. Nor did it hack off a limb to raise a few bob to kick upstairs.

It has already worked out a formula with the State about how it will be split between returns to the State and cash to fund new projects. But there should be plenty of scope to boost the dividend further over the next few years.

One of the enduring legacies of the last crash was the way it nudged the government to often catch semi-States by the ankles, and shake them for cash.

During the crash, Ireland regularly borrowed through the back door by routing it through the balance sheets of semi-States and extracting it in dividends.

There is no longer a financial crisis, so a balance now needs to be struck between extracting financial returns for the State, and allowing semi-tates to breathe and invest.

But let them do the dirty work first to provide real, and not illusory, cash returns.