Cantillon: Unions unlikely to be able to undercut banks on mortgage offerings 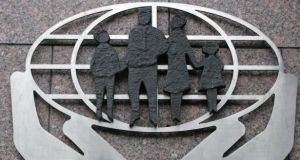 If members aren’t turning to their local credit union for the best rates, they may be turning there because they’ve been refused elsewhere. Photograph: Frank Miller

It has been a long time in coming, but credit unions finally appear ready to grasp the nettle and fully embrace mortgage lending. It remains to be seen however, whether or not the movement’s intent will be matched by its deeds.

Last weekend, members of the Irish League of Credit Unions (ILCU) voted to establish a centralised administrative service for mortgage-lending applications, which would facilitate an increase in lending for home ownership, and could be in place by the end of the year.

The ILCU says the vote will “pave the way for credit unions to become significant players in the mortgage market”. It follows a similar move by the 12-member Credit Union Development Centre (CUDA) earlier this year to establish a “solutions centre”, with the potential to lend some € 400 million in home loans.

But will credit unions really be able to follow through with such claims?

Firstly, credit unions remain constrained by Central Bank rules, carried over from 1997 into new regulations, which only allow 10 per cent of credit union loans to have a term of more than 10 years. This has prevented the sector from any meaningful move into the mortgage market thus far.

While the movement may argue differently, high-profile failures of the likes of Rush and Newbridge have, rightly perhaps, hardened the regulator’s view on credit unions.

The sector is also still very much in flux. Earlier this month, Charleville Credit Union warned that its future hangs in the balance as it cannot create a sustainable business under the restrictions placed upon it by the Central Bank.

Meanwhile other credit unions, including Rathfarnham and Dundrum in Dublin, have imposed restrictions on the amount members can deposit with them – despite the movement arguing vehemently against previous Central Bank rules that limited credit union deposits to €100,000.

And there is little evidence to suggest that credit unions can undercut the banks when it comes to their mortgage offerings. St Patrick’s Credit Union in Dublin for example, is currently offering a “specially reduced interest rate” of 4.34 per cent APR on its mortgage switching offering – significantly higher than the banks are now offering, while St Raphael’s Garda Credit Union is offering a better deal, of 3.82 per cent APR over 25 years on amounts up to €300,000 – but again, rates have fallen to as low as 2.9 per cent with the banks.

The question also arises as to whether or not mortgage lending is a development which best serves the interests of credit union members.

If members aren’t turning to their local credit union for the best rates, they may be turning there because they’ve been refused elsewhere. And as the experience post-2008 has shown, mortgage lending can be a risky business.