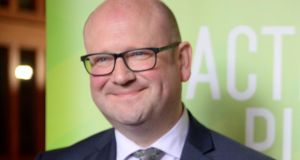 Siptu is in the news. Another two-day work stoppage over a pay claim by Luas drivers begins this morning, disrupting thousands of passengers at the height of the general election campaign. Meanwhile, the union’s national executive council has called on voters to back Labour in that very same election campaign. With friends like that, eh.

On Monday, the executive council issued a statement via Siptu’s newspaper, Liberty. The prospects for a leftist government could be enhanced by extending vote preferences for “left platforms” all down the ballot paper, it said.

“However, as far as this forthcoming election is concerned, the only way of depriving the right of a monopoly of power and thus protecting the basic interests of working people and their families is if Labour wins enough seats to balance them in government.”

Minister of State for Jobs Ged Nash was quick to welcome the Siptu executive’s decision, saying yesterday that Labour was the party that stands up for working people and was the party to provide a stable and balanced government.

The objective seems clear enough: sharpen the minds of Transdev – and the Government – in time for a settlement before the bank holiday. None of this is to say anything about the merits of the Luas pay claim itself. In a difficult election campaign, however, Siptu’s manoeuvring can hardly help Labour.

It seems counterproductive for the largest union in the State to marshall a major public transport strike while running to the rhetorical aid of its political bedfellow.