Non-payment of tax on expenses, salaries paid to family members among findings 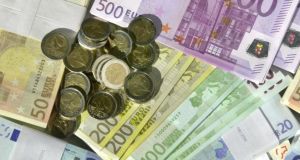 The project involved 787 cases of tax evasion, and by the end of 2014 about 80 per cent had been closed, with a yield of €15.4 million. Photograph: Alan Betson/The Irish Times

A Revenue project targeting people who had set up companies to supply their services to a particular client found they were not paying tax on travel and other expenses that were not work-related.

The investigation also found the companies were making tax deductions on pension payments that were never made, and were paying salaries to family members who did nothing in return.

When the Revenue contacted the taxpayers and told them they were under investigation, a number of their tax agents responded with “grossly inadequate or incomplete disclosures”, according to the Comptroller and Auditor General’s report (C&AG).

It was “not uncommon” for the eventual settlements arrived at to be three or four times the amount originally disclosed by the agent, the report noted. Changes in the law may be required to deal with the problem, according to the report.

The project began in the South-West region, where it was called the “brass plate project” but then went nationwide under the title “the contractors project”.

The report said the “intermediary” companies were set up so contractors could be treated as PAYE employees of the intermediary while, in practice, “they extracted a large part of the company’s contract income as tax-free expenses”.

The audits covered the years 2008 to 2011. For random audits generally for these years, one-third of the cases examined led to a tax yield.

At an early stage in the project the Revenue decided to engage with tax agents and representative groups associated with the services the contractors were providing, to clarify the tax issues involved.

Revenue took the view that the issues being uncovered constituted deliberate tax evasion and let it be known that if people came forward and disclosed their tax debts, penalties could be avoided and the Revenue might provide them with assistance in dealing with the issues involved. In retrospect, according to the C&AG’s report, the Revenue decided this was a “mistake”.

“The team found that a number of agents submitted grossly inadequate or incomplete disclosures and slowly increased the amounts in the disclosures in the expectation of securing the lowest settlement.” Many final settlements were multiples of the initial disclosure.

The Revenue concluded that the level of non-compliance discovered indicated that the use of contractor companies involved deliberate non-compliance with the tax law and that the project aimed at addressing the issue meant there was now considerably more clarity around the treatment of expenses for such structures.

However it believes there may still be a significant tax bill unpaid in respect of contractor companies not audited and arising from the years 2008 to 2011.

As well as deviating from normal practice by offering to assist taxpayers who made qualifying disclosures, Revenue also decided not to “gross up” the amounts considered liable for taxation. This led to considerable savings for the taxpayers concerned.

Grossing up would have involved the untaxed income initially treated as expenses, being treated as an after tax and PRSI amount, so that a significantly “grossed up” amount that would include the notional tax and PRSI, would be the figure used for calculating the tax due. Calculating the amount due in future cases where repeat non-compliance is discovered, will involve grossed up figures.