Cuts to USC, a €5 increase in welfare payments and housing and Brexit measures were among the annoucements made by Minister for Finance Paschal Donohoe in Budget 2019. 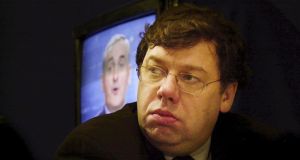 The idea of painting finance minsters as Santa or Scrooge depending on how much or how little they put in our pockets at budget time is silly, not least because it’s our own money. It also gives rise to the worst kind of politicking, with governments trying to buy elections with scant disregard for the financial consequences.

Think of the giveaway budgets in the lead up to the crash, which not only acted as an accelerant to an already overheating economy but built up a structural deifict centred on temporary tax revenue from construction. And this took us us the best part of 10 years to fully weed out of the system.

The 2007 budget delivered by former Fianna Fáil minister Brian Cowen contained generous tax cuts, the first in five years, coupled with significant increases in social welfare benefits and a big increase in mortgage interest relief for first-time buyers. He got an standing ovation in the Dáil for it. Opposition parties met it with demands for more spending hikes and deeper tax cuts. Within two years the economy had imploded and Cowen’s successor, Brian Lenihan, was forced into two budgets in one year as he attempted to halt the slide in public finances.

The idea that budgets are some sort of tax bonanza for hard-pressed workers is misplaced and goes to the heart of why we struggle to put the economy and the public finances on a stable footing.

Most of the time governments . . . acquiesce for fear of being kicked out of office

People can throw their hands up in despair at the boom-and-bust cycles of the Irish economy, but in reality it’s partly the electorate that causes them. When the economy is growing, people demand higher wages and looser credit conditions, railing against fiscal prudence. Most of the time governments, focused on short-term electoral gain, acquiesce for fear of being kicked out of office, a process that exaggerates the upswing, sometime with disastrous consequences.

People may bemoan the small crumbs thrown back at them from the budget table. But if we want to address the pressing infrastructural problems facing the State while not overheating an economy growing at more than 7 per cent there has to be trade-offs.