Market Beat: Projects to replace legacy IT systems in banks are notoriously difficult 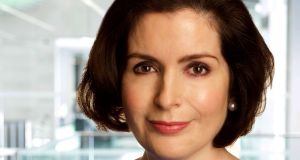 Bank of Ireland chief executive Francesca McDonagh, who is expected to carry out review of bank’s Project Omega programme.

Minister for Finance Paschal Donohoe may have been focusing – understandably – on domestic banking matters this week as he forced the country’s top five home lenders to try again, this time with feeling, to draw a line under the tracker mortgage crisis.

But if he wanted to get a sense of where his 14 per cent stake in Bank of Ireland is headed, he should be looking overseas – to Sweden.

Nordea Group, the largest financial group in Scandinavia (currently in the middle of planning a controversial plan to move its headquarters from Stockholm to Helsinki), revealed on Thursday that it plans to axe 6,000 jobs as it continues to replace its old banking system.

Excluding the 2,000 consultants that will be impacted first, the cuts represent about 13 per cent of the group’s workforce.

Shares in the group slumped as much as 7 per cent at one point on the day of the announcement, as investors baulked at the rising cost of the technology overhaul. Nordea said it will have to take an additional charge of up to €150 million this year and that its total costs will only gradually decline from €4.9 billion in 2018 to below €4.8 billion in 2021.

Bank of Ireland is a year behind Nordea in its digital transformation, which started in 2015. Both are using the same company to do the job: Swiss-based financial software provider Temenos.

Bank of Ireland delayed replacing its legacy IT systems for as long as it could, as Irish lenders grappled with the more pressing existential crisis they faced during the downturn. However, it got to a stage when it could defer the inevitable no longer.

The problem with systems overhauls of the scale that Nordea and Bank of Ireland are undergoing is how notoriously difficult they are to implement – let alone land on time and on budget. Almost every update from Nordea to date has been badly received by the market.

Bank of Ireland, on the other hand, has been shy with the details on its “Project Omega”, other than guiding that it will require €900 million of investment and reduce the bank’s costs to less than 50 per cent of income over the “medium term” from 58 per cent last year.

With Bank of Ireland’s new chief executive, Francesca McDonagh, in the door less than a month and expected to carry out her own review of the programme, it will be early next year, when the bank unveils full-year results, before the market gets a chance to look properly under the bonnet.

To fill the void, Goodbody Stockbrokers analyst Eamonn Hughes recently did the maths. He estimates that the investment will ultimately deliver a “bounty” of €240 million of cost savings by the second half of 2021.

He estimated this would also involve 1,200 job cuts – almost 11 per cent of the group’s 11,208-strong workforce as of the end of last years. The Irish Times reports today that Bank of Ireland is working off a figure of more than 1,000. It’s understandable, therefore, why the bank has been reticent to date talking about the project’s details.

Back at Nordea, investors are clearly not prepared to give the group the benefit yet for an earnings boost from the IT overhaul that won’t materialise until 2021. Could Donohoe be left holding his 14 per cent Bank of Ireland stake for years to come before the market begins to price in the benefits Project Omega?

Has the fizz gone out of C&C? Cash is not always king, as C&C’s chief executive, Stephen Glancey, knows only too well.

If investors rewarded pure cash generation, the cider and beer maker’s stock should be firing on all cylinders. Free cash flow – following investments – C&C totalled €75.4 million in the six months to the end of August, 1½ times operating profit. You’d be hard pushed finding another company in these parts delivering like that.

However, C&C’s stock is down by almost 25 per cent so far this year, making it the third-worst performer on the Iseq 20.

While the group’s first-half results, unveiled on Thursday, show C&C’s Tennents brand posted 0.4 per cent volume growth (and 5 per cent sales growth) in a declining beer market in Great Britain, its Magners cider volumes fell 6 per cent and Bulmers volumes dropped 5 per cent in Ireland.

The company’s deal last month to buy a 47 per cent stake in the Admiral Pub Company, which owns and operates 845 pubs in the UK, for £37 million (€41.8 million) should help Magners in the England and Wales on-trade market, where it has struggled historically.

Closer to home, Heineken’s fledgling Orchard Thieves cider brand has poached much of Bulmers’s draft business in pubs in the past few years.

It appeared like Glancy had run out of ideas to stem the tide when he said to The Irish Times this week: “Heineken has bought us off the bar. It’s tough when multinationals go at your draft. It’s very challenging. The market structure is very challenging for a small, Irish player.”

Could it be time for C&C to put itself on the market?