Scale of his influence in Dublin skyline is evident from 9,000 apartments he built 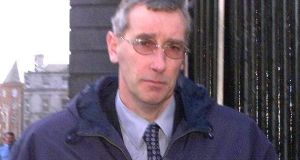 Like other developers Liam Carroll was credit crunched post the crash in 2008, with liabilities of €3 billion. Photograph: Courtpix

It is many years since a company controlled by the late Irish property developer Liam Carroll built any housing here yet his legacy continues to be felt in the market. The scale of his influence in the Dublin skyline is evident from the fact that he built about 9,000 apartments in the city.

Carroll established his reputation for building shoebox apartments in Dublin in the 1990s, through Zoe Developments. An engineer by training, he famously didn’t bother much with architects and it was not uncommon to have a building completed up to first-floor level before a single architectural drawing was released. Those residing in the apartments today have to live with consequences of their awful design.

In 1997, he was on the receiving end of a major rebuke from Mr Justice Peter Kelly, following the death of a worker on one of his building sites. The judge said Carroll’s companies were “not entitled to make profits on the blood and lives of its workers”, adding that the developer was a “a disgrace to the construction industry” and should be ashamed of himself.

He later changed tack, building higher-end schemes, and was involved in the construction of many commercial units and offices. Carroll was in the middle of developing Anglo Irish Bank’s new headquarters in the north docks when the crash hit. The concrete shell stood as a painful reminder of the property crash and Celtic Tiger hubris until the Central Bank of Ireland developed it as a new headquarters.

Like other developers he was credit crunched post the crash in 2008, with liabilities of €3 billion. He took the fight all the way to the Supreme Court but ultimately lost control of his property empire to various lenders and Nama.

It was a steep fall from grace for someone who had been one of the State’s largest developers and was one of its richest people (on paper at least). There would be no return to business, unlike many of his peers. Reminders of his work are dotted around Dublin and his legacy will be debated and disputed for years to come.