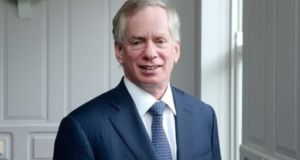 Rents are poised to keep rising as the squeeze on housing continues, the Republic’s biggest landlord told its investors on Wednesday.

Profits at apartment block owner Ires Real Estate Investment Trust (Ires Reit) surged 25 per cent to €33.3 million in the first six months of the year, on the back of higher rents and a jump in the value of its properties.

It states that with all indicators showing that a solution to the Republic’s housing crisis is several years away “the path of least resistance for prices and rents still remains on the upside”.

The total rent collected in the first half of this year grew 22 per cent to €21.7 million from €17.9 million in the same period in 2016. After costs, the company’s net rental income increased at the same rate to €17.1 million.

The company’s statement notes that it strives to increase rents as market conditions permit and subject to applicable laws.

It also acknowledges that the 4 per cent ceiling on rent increases introduced by the Government in December slowed the rate at which the charges rose to 7.9 per cent in the first half from 9.6 per cent.

Ires owned 2,381 apartments in blocks throughout Dublin at the end of June. Almost 99 per cent of them were let. The value of its properties increased by €19.3 million during the first half.

The increase in both rents and value combined to give the company an operating profit of €33.3 million in the first half, just under 25 per cent more than the €26.6 million it earned during the same period last year.

Ires intends to return €10.4 million in dividends to its backers for the first half of the year. Irish law requires real-estate investment trusts to pay dividends to shareholders, subject to them having the reserves to cover this.