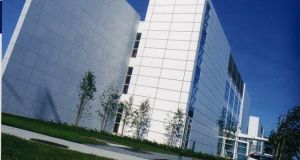 Yew said its annualised rent roll had increased to €11.1m since the end of June

Real estate investor Yew Grove managed to collect almost all of the rent it was due from tenants in its second and third quarters despite the coronavirus pandemic.

The Irish property trust, which invests in offices and industrial holdings outside Dublin’s central business district, said 97 per cent of second-quarter rent was collected in the second quarter, with just 1.9 per cent of rents deferred under a repayment plan agreed with tenants. It has also collected 98 per cent of third-quarter rents.

Reporting first-half results, Yew Grove said its portfolio was now valued at €141.1 million, reflecting an annualised rent roll of €10.4 million. This compares with a €115.8 million valuation at the end of 2019.

Yew said its annualised rent roll had increased to €11.1 million since the end of June.

During the six months under review, the company bought six further buildings for a combined €25.3 million. It said it had “a strong pipeline of potential acquisitions identified”.

Net revenues totalled €5.3 million, up about 50 per cent compared with the same six months a year ago.

“Despite the strains imposed on businesses by the crisis, the strength of our tenant covenants continues to be reflected in the robust performance of our rent roll and the stability of our portfolio valuation,” said chief executive Jonathan Laredo.

“The company has increased its asset portfolio and rent roll, completed major lettings and associated asset management works and continued to deliver quarterly dividends to shareholders,” he added.