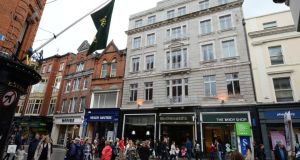 7-11 Grafton Street: four shops including McDonalds which are bringing in an overall rent of €1,820,000. Photograph: Dara Mac Donaill/The Irish Times 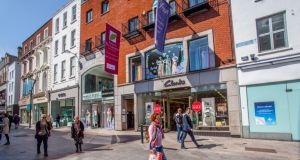 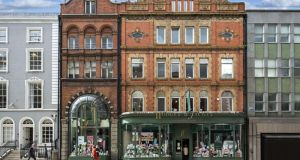 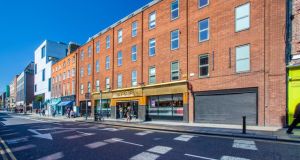 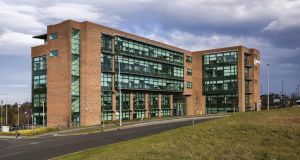 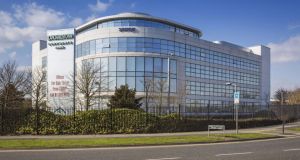 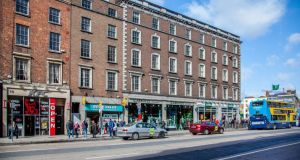 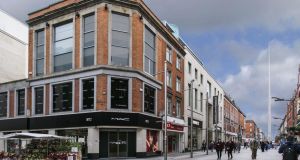 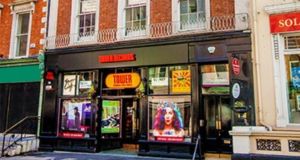 With the Dublin retail market, as well as the suburban office sector, rapidly recovering, Royal London Asset Management is planning to offload eight retail investments and five office assets with an overall value of €118 million.

The Sovereign Portfolio, which includes the McDonald’s building on Grafton Street, is producing an overall rent roll of €7,412,200 which will give a purchaser a net return of around 6 per cent, according to selling agent CBRE.

Royal London, which previously traded as the Royal Liver Assurance, has been monitoring the Irish property market for a considerable time, having previously offered much the same portfolio for sale in 2009 and again in 2010 before withdrawing it on both occasions as a result of the property crash.

While property values have been bouncing back at a higher than expected rate since early in 2014 – particularly for prime city centre retail properties – the UK fund will still have take account of the fall in the value of their euro denominated property fund against sterling.

That could well prove a relatively minor consideration if, as expected, the portfolio attracts competitive bidding from Irish and overseas funds anxious to buy in high-yielding properties which are continuing to rise in value.

Interest in the sale has been boosted by the fact that 75 per cent of the assets are retail properties on Dublin’s principal streets apart from one investment on Cork’s Patrick Street.

Investors will have the option of bidding for the entire portfolio or separately for the retail properties and the office investments. The sale involves a sizeable chunk of property extending to 25,494sq m (285,181sq ft) in a variety of top locations including Grafton Street, Henry Street, Dawson Street, O’Connell Street, Westmoreland Street as well as Patrick Street in Cork.

Natalie Brennan and Sean O’Brien of CBRE, who are handling the sale, said the retail market – at least the prime end – was now where the office market was in the recovery cycle at the beginning of 2013. “This portfolio offers a unique opportunity to benefit from the recovery, as well as a strongly performing office sector.”

CBRE is inviting offers in excess of €83.3 million for the retail portfolio which is producing a rent roll of €4,514,686 and will show a net initial return of 5.18 per cent.

McDonald’s alone had been paying €1.15 million until its lease ran out in March, 2011. The rent has since been adjusted down to €600,000 but some retail experts believe it will show a significant rise again at the next review in 2016 to take account of the scarcity value of having a round-the-clock food business on the city’s premier high street and also because of the sheer size of the building of almost 1,858sq m (20,000sq ft).

The other major rental contributor on the block is Office Shoes who pay €990,000 to cover the sub-letting of an adjoining shop to Health Matters and a high volume of office space overhead. The other tenants are the Body Shop at €165,000 and Swan Training at €65,000 for office space on the upper floors.

A variety of investment funds are also likely to show interest in 85-86 Grafton Street, a four-storey over basement building let to Clark’s shoe store, the Pamela Scott fashion outlet and two office tenants. The overall building extends to 1,118sq m (12,036sq ft) and is producing a rental income of €702,984. Clark’s are contributing €500,000 of that figure while Pamela Scott pays €157,000 and the balance of the rent roll comes from the office tenants.

The portfolio also includes two corner buildings at 51-52 Henry Street located beside Arnotts which are producing a rental income of €502,000. One is let to Vodafone at €200,000 while the other has been sub-let by Telefonica Ireland to Brown Thomas at €302,000.

Clark’s shoes is renting the ground, basement and first floors of 43-44 O’Connell Street for €250,000. A similar amount of office space on the upper floors is vacant.

The portfolio also includes number 5 GPO Buildings, Henry Street which is producing an annual rent of €410,000 from O2 Communications.

The only Cork retail investment is a two-storey building at 11 Patrick Street which has been vacant since January. It is currently available at €125,000 per annum and was previously occupied by O2.

The estate agency is also looking for office tenants for a mixed use high rise building, Ballast House, which overlooks O’Connell Bridge on Westmoreland Street. The vacant three floors of offices extend to 1,546sq m (16,644sq ft). The ground floor is let to three separate retailers, Londis, Carroll’s Irish Gifts and Book Value at a combined rent of €823,500.

Another particularly well-known office building owned by Royal London is Block B at Liffey Valley Office Campus at the junction of the N4 and the M50. The five-storey building has a floor area of 5,774sq m (62,151sq ft) and is producing a rent roll of €1,133,957 from a variety of tenants including CJ Fallon, Janseen Cilag and AMO Ireland. Close by at Blanchardstown Corporate Park, the five-storey Block One is producing a rent of €299,143 from financial services group Synopsys International. Almost half of the 4,254sq m (45,789sq ft) building is vacant.

The final office building in the portfolio, 4 Eastgate Business Park at Little Island in Cork is let to Raychem International at a rent of €389,145. The two-storey detached building has a floor area of 1990sq m (21,422sq ft).