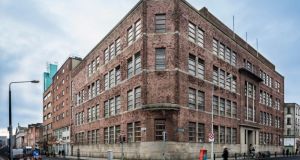 The Dublin Institute of Technology has dropped the asking price to €12 million-plus for a high-profile college adjoining the Gresham Hotel in Dublin’s O’Connell Street, which will be offered for sale in two lots.

WK Nowlan Real Estate Advisers originally sought in excess of €15 million for the Cathal Brugha Street and Marlborough Street buildings in March 2016, but withdrew them from the market because of uncertainty over a date for vacant possession due to a court case taken by a contractor, which was later dismissed. This delayed the execution of a contract for accommodation at Grangegorman.

Each building has its own independent access but are linked at the ground and first floor via a six-storey building, of which the remaining upper floors form part of the Gresham Hotel.

DIT and Grangegorman Development Agency plan to offer the college for sale in two lots, with a combined floor area of 10,761sq m (115,716sq ft).

The college has trained thousands of chefs and hotel managers over the years and marked its 75th anniversary in 2016.

The Gresham was sold in September 2016 to Spanish hotel group Riu Plaza for €92 million.