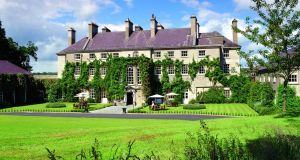 Residents of the five-star Mount Juliet estate have won a court battle against its owners with a judgment made in their favour requiring the replacement of a putting green modelled on one of the world’s most famous golf courses.

At the High Court last month, Mr Justice Anthony Barr made an order requiring a subsidiary of real estate investor Tetrarch Capital to restore the putting green which had been removed in contravention of planning legislation in 2016. Costs were also awarded to the residents.

However, Mr Justice Barr put a stay on the order until the outcome of a judicial review involving the residents, Kilkenny County Council and the Tetrarch subsidiary – MJBE Investments 3 Limited – is determined.

The company’s involvement with the 500-acre estate dates back to 2014 when it acquired it from the Killeen Group for €15 million. It has since engaged in a number of upgrades and is seeking to add further residential properties on the estate.

“A small number of discreet areas on the estate are zoned for modest residential development. Tetrarch or third-party purchasers of sites on the estate may seek planning and to develop on the sites that are currently zoned for this purpose under the Kilkenny County Development Plan,” the company said.

But residents have expressed concern at the scale of development being planned and, in one affidavit, suggested that the history of activity of Tetrarch since purchasing Mount Juliet has been “one of neglect” and a “very low level of maintenance and management”.

In an affidavit for the High Court action, Tetrarch co-founder James Byrne said a report from a golf course designer concluded that the putting green was in a “state of disrepair”. He said “economic realities of repairing and maintaining” it and “health and safety risks” posed by it were also factors in the decision to remove it. Mr Byrne added that restoring the putting course would cost about €315,000 before VAT.

But in an affidavit for the residents, planning consultant Peter Thomson said that that the poor state of the putting green was “directly attributable to the failure of the respondents to maintain the facility”.

After the putting course was removed in 2016, MJBE applied for planning permission to build 12 houses on a portion of the area which was ultimately refused by An Bord Pleanála. In March 2019, the developers lodged an application for retention permission in respect of removal of the course and were granted that by Kilkenny council. The residents were granted leave in June this year to judicially review that decision and those proceedings are ongoing.

In response to questions from The Irish Times, Tetrarch said it “may appeal” the High Court’s decision. Residents said they had been invited to return to mediation after that process previously broke down.

But Tetrarch said: “Tetrarch is not trying to initiate any further mediation. The residents withdrew from the mediation; we did not.”

Mount Juliet, which was a family home until 1989, was recently confirmed as the venue for the 2020 Irish Open. The estate is home to a Jack Nicklaus-designed 18-hole championship golf course.