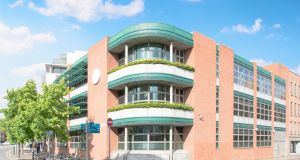 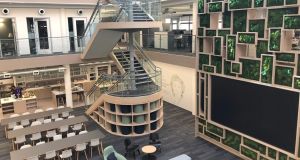 Irish property investment and development group Mm Capital has sold an office block in Dublin 2 to the German investment fund KGAL at a handsome profit.

Mm acquired 31-36 Golden Lane in June 2017 for around €17 million. After completing an extensive refurbishment it has sold it on for a figure believed to be in excess of €25.5 million. Mm was founded in 2013 by Peter Leonard and Derek Pippinga.

The three-storey, 2,877sq m (30,967sq ft) block was pre-let to New Relic International, a San Francisco-based software analytics company that is to use it as its EMEA (Europe, Middle East and Africa) headquarters.

The rent has been agreed at €1.455 million, with a break option at the end of year 10 and a three-month rental penalty. The agreement will also include five yearly open market rent reviews with a 10 per cent cap and collar provision at the first review. For the new owner, the investment will show a net yield of 5.25 per cent.

The Golden Lane property is a unique building designed by Scott Tallon Walker Architects and located just off George’s Street and close to the Radisson Blu Royal Hotel. The hotel’s owners recently obtained Phase 2 planning permission for a total of eight storeys, indicating the potential to increase the office building from three to five storeys based on the parapet heights.

The building has the benefit of natural light because of the floor plate design and the large atrium, which creates an attractive focal point. Externally it has a distinct frontage with a striking curved frame, redbrick facade and green and white cladding. The layout includes a storage area for 40 bicycles.

Golden Lane is strategically located within Dublin’s Central Business District and only minutes from Grafton Street, St Stephen’s Green and the main recreational district with its wide choice of bars and restaurants..

Kevin McMahon of Savills, who handled the sale on behalf of Mm Capital, said the quality of the New Relic covenant together with 10 years’ income certainty generated strong demand from a mix of Irish and international purchasers who were actively seeking an office investments in Dublin’s Central Business District.