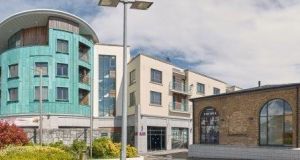 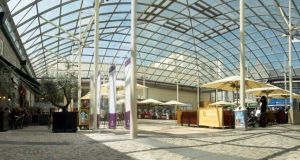 A fund managed by Davy Real Estate has gained full ownership of MacDonagh Junction Shopping Centre in Kilkenny after buying the remaining 50 per cent shareholding from Davidson Kempner, the New York-based investment fund.

The fund is believed to have paid about €20 million for the additional stake in the centre, which is trading exceptionally well and producing a rent roll of around €3 million. The overall investment is expected to show a return of 7 per cent.

Davy is believed to have paid in the region of €55 million to €60 million for its original 50 per cent interest in the shopping centre beside the railway station, which opened for business just before the property crash in 2007.

The other 50 per cent stake was originally held by solicitor Paul Hanby and DNG estate agent boss Paul Newman until 2015, when it was transferred along with five other provincial shopping centres into AIB’s Cornerstone portfolio and offered for sale at a substantial discount. Davidson Kempner emerged as the top bidder for the discounted properties, which were mainly of interest to overseas funds.

Dunnes Stores elected to act as anchor tenant at the shopping centre in 2005, with premises extending to 7,000sq m (75,34 sq ft) even though it had another large store close by in the city centre. MacDonagh Junction had a footfall of more than 3.2 million shoppers in 2017, largely because of its strong tenant line-up, which includes international retailers such as TK Maxx, H&M, River Island, Next, Boots, Sketchers and JD Sports and Irish traders Carraig Donn, Fields Jewellers and Eason.

In a further sign of the strength of the centre, a new lease has just been signed with sports retailer Lifestyle Sports for more than 650sq m (7,000sq ft) in the Goods Shed. The unique stone building has vaulted ceilings, and will have an interesting fit-out when it opens next month.

Darren Peavoy of Bannon, who handled the letting, said the arrival of Lifestyle Sports would be a great addition to the centre, and further enhance the tenant mix.