Ireland’s largest private landlord will pay an average €410,958 per unit 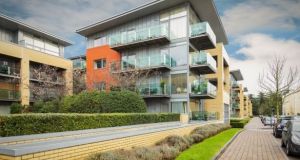 The Phoenix Park Racecourse deal includes a mix of apartments, duplex units and houses, including 20 one-bed and 113 two-bed units

Ireland’s biggest private residential landlord, Ires Reit, said on Monday that it is to acquire 146 apartments at the Phoenix Park Racecourse in Dublin 15 for €60 million.

Ires Reit will pay the developer Flynn & O’Flaherty Construction an average of €410,958 per unit. The deal includes a mix of apartments, duplex units and houses, including 20 one-bed and 113 two-bed units. Most of the residential units were built between 2002 and 2007, with 26 constructed this year in a block overlooking the Phoenix Park.

At present some 137 of the residential units are rented, with nine units available for immediate rent. Based on current annualised passing rents on the 137 residential units and the lease-up of the remaining nine, Ires Reit said that deal is expected to generate an initial gross yield of 5.3 per cent.

“The overall yield looks attractive for such high-quality units,” stockbroker Davy said in a note.

Rents at two-bed units in the development are currently on the market for between €1,850 and €2,025 a month, while Davy expects the newer units to be rented at higher rents and to achieve a lower yield.

Margaret Sweeney, Ires Reit’s chief executive, said the investment in an accretive asset in a much sought after residential location is in line with the company’s growth strategy.

“The scheme is ideally located close to a host of employment, amenity and transport routes, as well as being a short commute to the city centre. The scheme has been well managed by the vendor, and we look forward to a seamless transition of the residential units to Ires early in the new year,” she said.

Ires Reit said it expected to complete the acquisition in January 2021, and would fund the deal from its existing credit facilities.

The property group currently owns 3,683 apartments and houses for private rental in Dublin and Cork, and has an additional 69 units due for delivery between now and the end of the first half of 2022 under pre-purchase contracts. It has planning approval to develop an additional 543 residential units on its existing sites.