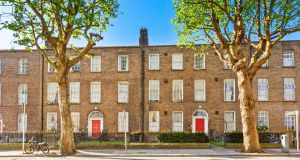 The combination of a prime location in Dublin city centre and immediate rental income saw significant interest from domestic and international buyers in the sale of a residential investment at numbers 2 and 3 Harrington Street.

Having been offered to the market for €2.7 million by agent Colliers International last September, the properties were sold shortly before Christmas to a US investor for €2.927 million, a premium of 8 per cent on the guide price.

Situated at the junction of Harrington Street and Camden Street, the investment comprises two pre-63 three-storey over-basement mid-terraced properties. There are 26 units distributed between the two buildings, 25 of which are occupied and producing an overall rental income of €198,960 per annum. The price paid by the purchaser equates to a net initial yield of 6.5 per cent (after standard purchaser’s costs) based on the current income.

The area is also home to a range of major employers including EY and Investec, while Amazon is due to take up occupancy of its new 170,000sq ft office on Charlemont Street in 2022. A host of colleges are also within walking distance including Griffith College, Dublin Business School on Aungier Street and Trinity College Dublin. The area is well served by public transport with the Luas Green line stops at Charlemont Place and Harcourt Street and numerous Dublin Bus routes all within a short walk of the subject property.

Colin O’Shea, who handled the sale on behalf of Colliers said: “The property generated excellent interest from both local and international value-add investors for what has to be one the most sought-after residential locations in the city centre.”