Flat growth in values brings overall return of 1.4% for Q3, according to JLL Index 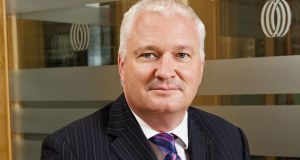 The latest JLL Property Index has found little movement in property values during the third quarter to the end of September.

Reporting on a portfolio with a weighting of 56 per cent in offices, 33 per cent in retail and 12 per cent in the industrial sector, the report concluded that the market delivered an even performance in Q3. With unusual consistency across all sectors, it was a quarter of flat or modest growth in values and estimated rental values, resulting in an overall return of 1.4 per cent for the quarter and 7.6 for the year to September.

The report also found that rental values largely plateaued in the quarter.

Estimated rents in the office sector increased by 4.8 per cent, while the retail was up 6.5 per cent in the 12 months largely because one retail property had over-performed the sector. The underlying annual growth excluding this development was a more modest 1.9 per cent.

The report also found that the overall income increased by 3.6 per cent in the last three months, with a number of vacant properties in the portfolio now income-producing.

John Moran, JLL’s head of investments, said the index this quarter showed little movement in terms of values. “This said, the overall return rate for the portfolio of 1.4 per cent in the quarter and 7.6 annually shows property in Ireland continues to offer solid returns relative to other forms of investment.”