Aviva seeks €27m for Supervalu store at the Pavilions in Swords 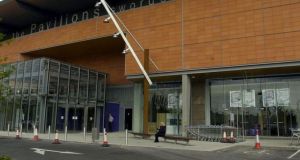 The proven resilience of the Irish grocery sector in the face of the Covid-19 pandemic is expected to see strong interest from both domestic and international investors in the sale of supermarket giant Supervalu’s premises at the Pavilions Shopping Centre in Swords, Co Dublin.

The property has been brought to the market by Savills on behalf of its owners, Aviva, at a guide price of €27 million.

The store, which extends to 4,522sq m (48,674sq ft), is let to Musgrave Operating Partners Ireland Limited – trading as SuperValu – on a 25-year lease from September 2005, leaving a weighted average unexpired lease term of 10.28 years.

The current rent roll is €1.8 million per annum, and this is subject to an open market rent review every five years or a review that is based on the consumer price index, whichever is greater. While the prospective purchaser stands to secure a net initial yield of 6.1 per cent, this is set to increase with the next rent review falling due this September.

SuperValu operates in over 223 locations throughout Ireland and is the country’s number one supermarket according to results released by Kantar Ireland last month.

The Pavilions Shopping Centre meanwhile is north Dublin’s largest retail destination with over 500,000sq ft of retail and leisure space. The Swords scheme has an estimated annual footfall of 12 million and is anchored by Supervalu, Dunnes and Penneys, alongside 96 retail shops and restaurants, an 11-screen cinema and 2,000 car parking spaces.

Aviva’s disposal of Supervalu’s premises at the Pavilions on behalf of its Friends First Irish commercial property fund comes just three months after The Irish Times reported on the company’s plan to sell the Quartz Building, a prime headquarter office investment at Elmpark Green in Dublin 4. The property, which is an asset within the same fund, is being offered to the market by joint agents Knight Frank and Lisney at a guide price of around €28 million.

While news of both sales comes at a challenging time for the commercial property market generally, Bloomberg reported last February that the company had been approached by investors interested in assets held by one of its frozen Irish property funds.

Aviva halted withdrawals in January from its Friends First fund and its Aviva Irish Property Fund, which had combined assets under management of about €940 million. The move sparked concerns about the potential for wider problems in the sector.

Before locking the funds Aviva switched the funds’ pricing to a disposal basis which pushed down their value by just over 9 per cent in both cases. The change indicates an intention to sell property at some point, although Aviva at the time said the Friends First fund had no plans to sell property “due to liquidity concerns” .

Aviva’s Friends First Irish Commercial Property Fund already had two properties at various stages of the sales process before it halted withdrawals, the company had said.