Mobile operator to pay rent of €450,000 on new premises due to open later this year 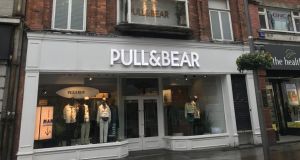 Vodafone is to expand its Irish customer offering with the opening of its first Vodafone experience store at 22-23 Henry Street in Dublin city centre. The store is intended to provide a complement to the company’s online business with a physical presence showcasing its technology and services.

As part of the move, Vodafone will exit its two existing locations on Henry Street, and will occupy the entire of Nos 22-23 on a 10-year lease. The building extends to some 6,800sq ft and is occupied currently by fashion retailer Pull & Bear, a brand within the Spanish-owned Inditex Group.

Pull & Bear, for its part, is set to upsize and relocate to the former JD Sports premises at 42-44 Mary Street. The new store extends to 14,000sq ft and is also due to open towards the end of this year.

Vodafone is understood to have agreed to pay a rent of about €450,000 per annum for its new premises. While the figure is higher than the €375,000 Inditex had been paying for the property, Vodafone’s own rental costs are not expected to increase following the consolidation of the operations of its two existing stores at numbers 32 and 51 Henry Street into one location. The mobile operator is believed to be taking advantage of break options in its leases on both premises.

Vodafone’s new experience store meanwhile will become the flagship within its retail network of more than 90 locations across Ireland. The planned expansion follows several other Vodafone openings over recent months including a large new store on Shop Street in Galway. Henry Street represents the second largest investment by Vodafone in its retail estate.

Commenting on the transaction, Louise Donnelly, director of retail at Cushman & Wakefield, said: “In the current climate we are delighted to finalise the deal on behalf of Vodafone and find a suitable premises for their first experience store. Negotiations have been ongoing for some time and it’s a welcome good news story for the retail market, coming as it does during the current pandemic, and the challenge that presents.”

Eoin Feeney, head of retail of BNP Paribas Real Estate, who acted on behalf of the landlord, said: “ Our client, a major Irish pension fund with substantial retail holdings, is delighted to have secured this global brand on a new long-term lease. This is a vote of confidence in the future of ‘bricks and mortar’ retail real estate in Dublin city centre.”