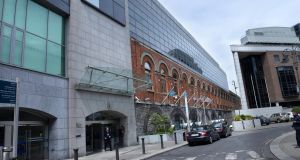 Businesses are “under siege” from a barrage of bogus insurance claims, which are “gnawing away” at confidence and driving many to fold, an Oireachtas committee has heard.

Representatives from the business and insurance industries were before the Oireachtas Joint Committee on Business, Enterprise and Innovation on Tuesday to make representations to policymakers on the cost of doing business.

“I have spoken to countless shop owners who feel powerless and frustrated in their capacity to reduce their insurance costs or claims levels,” she said. “These are members who run safe, modern shops operating to the highest standard of care and maintenance.

“They absolutely agree that they need insurance for catastrophic incidents. They all employ proper systems of supervision over their stores but yet are blighted by claims that are all too often spurious, false and exaggerated.

“These persistent claims directly gnaw away at the confidence and motivation of retailers. You can imagine how easy it is to lose heart when you are facing what seems like an unending attack on your business from people chancing their arm and you are powerless to do anything about it.”

Ms Buckley outlined one case of a retailer who “finds himself under siege from a succession of claims that have been made against his store from different generations of the same family”.

“There are at least four claims, none of which the retailer believes are valid and which in each case are not being defended by the insurance company concerned,” she said.

“Collectively the different members of the family involved have secured nearly €100,000 in damages from my member and his insurers – all for a series of very dubious claims. He feels under siege in his shop, and frankly who would blame him,” Ms Buckley added.

Convenience Stores and Newsagents Association chief executive Vincent Jennings said there was a need to replace the book of quantum, which is the framework used to calculate compensation, with a “more realistic” template.

Kevin Thompson, chief executive of Insurance Ireland, which is the representative body for the industry, said he was “keenly aware” of the public concern over rising costs.

“Insurance Ireland is keen to see fundamental and sustainable reform of our claims environment to reduce volatility in the market and its impacts on customers,” he said.

Mr Thompson also highlighted the impact of rising legal fees in the claims settlement process, as well as the costs associated with a claim proceeding to litigation.

“Legal and other expenses add €42,400 to cost of settling a €100,000 motor injury award,” he said. “Increasing legal costs are therefore a material factor in the price paid by customers for their insurance and in the cost base of insurers.”

The committee also heard representations on the level at which commercial rates are levied, with Ms Buckley remarking that they “do not reflect adequate value for money [for retailers] in terms of the service levels that they receive from local authorities”.

“There is a strong sense that they are making a disproportionate contribution to funding local government in Ireland and there is disappointment these contribution levels have not been reduced following the introduction of the Local Property Tax,” she said.

“Unfortunately there is a strong sense held by retailers that local authorities are always very quick to levy charges and costs on local businesses and seem to regard them as a limitless source of funding.”