Sweet spot: Chocolate giant Mondelez back in the black

Turnover up to €114.8m for Cadbury owner’s Irish subsidiary after major restructuring 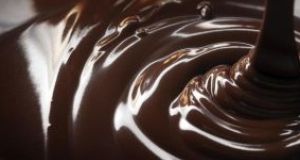 The main Irish subsidiary of Cadbury owner Mondelez returned to profit last year but warned that market conditions continue to be challenging.

Newly filed accounts for Mondelez Ireland Production Limited, which is one of two units owned by the group locally, show it recorded pretax profits of €7.6 million for the 12 months ending March 2016. This compares to a €3.7 million loss a year earlier.

Despite the challenging conditions, turnover for the company jumped from €103 million to €114.8 million as operating profits increased from €3.3 million to €12.8 million.

The subsidiary, which manufactures confectionary products under an agreement with Kraft Foods, has undergone a major restructuring in recent years that led to the close of its gum base manufacturing plant in Tallaght, Dublin in early 2015 with the loss of 45 jobs.

Mondelez also cut 160 jobs at its other facilities in Coolock, Co Dublin, and Rathmore, Co Kerry at that time as it announced a €11.7 million investment in new chocolate-making technology at the Coolock facility to concentrate production on core chocolate brands such as Twirl.

The company said it rebalanced its balance sheet last year to address a deficit in its pension scheme, with the parent company Cadbury Schweppes Ireland Limited subscribing for an allotment of 1,000 ordinary shares of €1.27 each at an aggregate subscription price of €25 million.

Staff-related costs rose to €60.5 million from €50.8 million a year earlier as employee numbers rose to 681 from 645. This includes pension costs of €14.6 million in respect of the company’s defined benefit schemes.

Cadbury built its first Irish factory at Ossory Road, Dublin, in 1933. More than €250 million worth of Cadbury chocolate produced in Ireland is exported every year. Kraft Foods acquired Cadbury in 2010, and two years later spun off its North American grocery division, including Cadbury, and renamed it Mondelez.

The group’s other Irish unit, Mondelez Ireland Limited, which sells and distribute confectionary and related goods locally, reported a fall in turnover for the year ending December 2015 after it sold its coffee business to Jacobs Douwe Egberts, according to accounts filed earlier this year.

Revenues for the subsidiary fell from €215 million to €208 million as pretax profits climbed from €2.8 million to €4.4 million.

The confectioner said net revenue fell to $6.41 billion, but came in above analysts’ average estimate of $6.37 billion.