Group, which also has ingredients and grocery businesses, raised its profit guidance for the full year 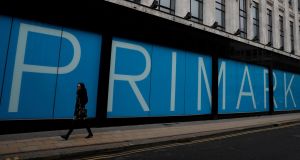 Associated British Foods on Wednesday reported a 36 per cent rise in first-half profit, driven by a recovery at its sugar business and a resilient performance at Penneys/Primark, its discount fashion retailer. (Photograph: Phil Noble/Reuters)

Associated British Foods on Wednesday reported a 36 per cent rise in first-half profit, driven by a recovery at its sugar business and a resilient performance at Penneys/Primark, its discount fashion retailer.

The group, which also has ingredients and grocery businesses, raised its profit guidance for the full year.

For the six months to March 4 AB Foods made an adjusted operating profit of £652 million. That compares with analysts’ average forecast of £623 million , according to Reuters data, and £486 million in the previous corresponding period.

“Our outlook for the group’s full year results has improved and we now expect to report good growth in adjusted operating profit and adjusted earnings per share,” the group said.

Industry data published earlier this month showed UK shoppers clamped down on their spending in the first quarter of 2017 as rising inflation and slowing wage growth dented disposable income.

“In clothes the effect of consumers tightening their belts is probably swamped by a later Easter, good weather and great ranges in store,” Chief Executive George Weston told Reuters. “Maybe we’re bucking the trend in some respects but if you offer what the consumer is looking for then you can trade through difficult times,” he said.

Primark’s UK like-for-like sales rose 2 percent in the six months to March 4. Shares in the group, majority owned by Weston’s family, had fallen 19 percent over the last year due to concerns over the impact of a weaker pound on Primark’s profit margin. Primark accounts for over half of AB Foods’ profit.

The company did caution that profit growth in the second half would, at current exchange rates, be tempered primarily by a smaller currency translation benefit and the full effect of the devaluation of sterling against the dollar on Primark’s margin.